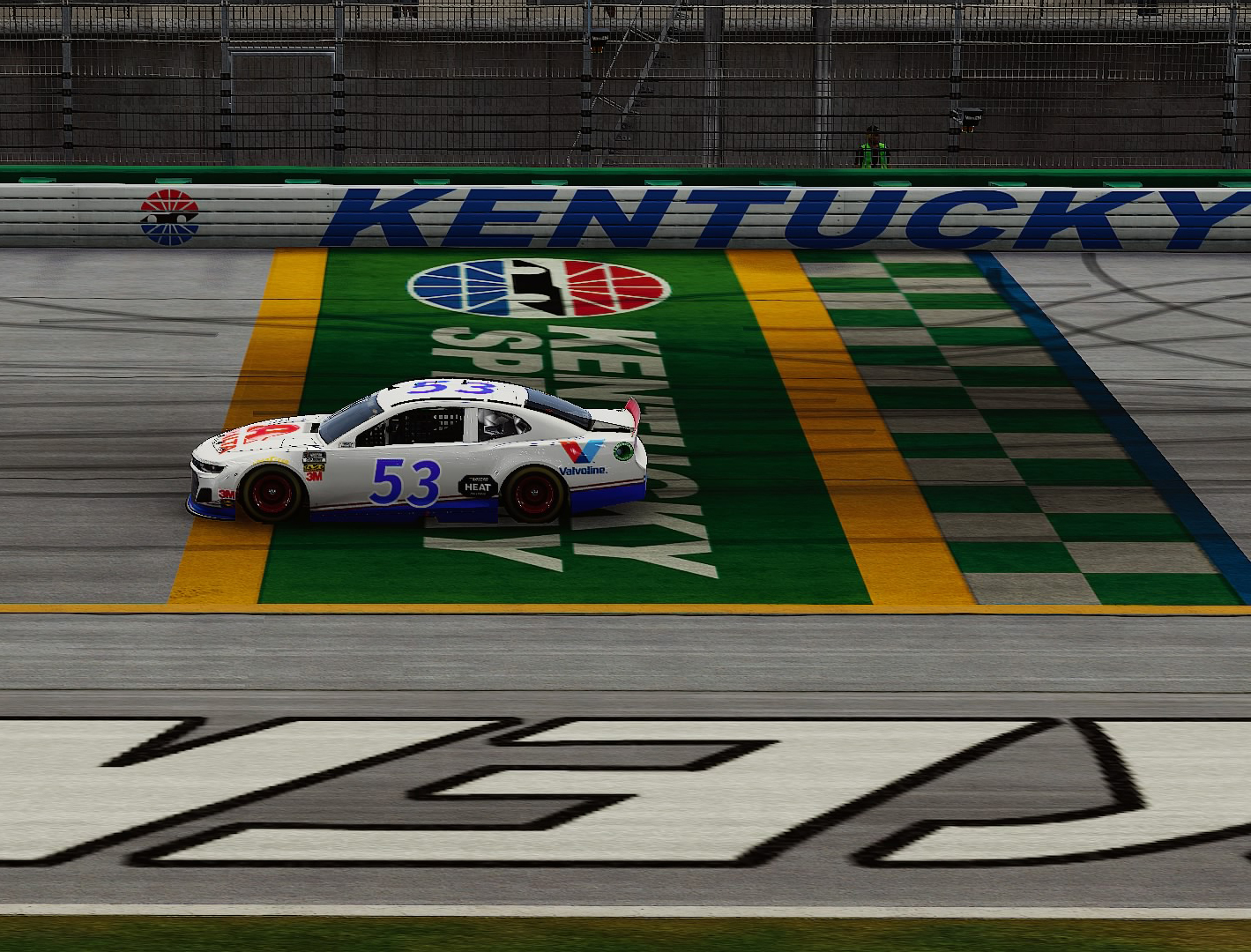 Starting third, he held his position through the first two stages, earning third place finishes in each and an additional 16-points in the process.  He then made the pass on leader, Darcy Ford (PEI, Canada, Atlantic Motorsports) entering turn three with three-laps to go in the race to pick up the win.

This was the 11th of 14 regular-season races on the schedule.

Matthew Patak (Ohio, USA) and Scott Bailey were the stage winners, both from Midwest Elite E-Racing.

The 134-lap race over three stages showcased many different strategies from the 27-car field.  Some drivers elected to pit less and conserve fuel, while others pitted more frequently, running at top-speed with fresher tires.  In the end, there were 13 cars finishing on the lead lap.

With the victory, Peaden moves from eighth to fourth place in the driver standings and secures his position in the playoffs.

The 12th race of the regular season is the Chuck’s Roadhouse Highbury London 110 taking place next Tuesday, April 27 at the Watkins Glen International.  It is the third road course race so far this season.

Here are the full results from the Cracked Device Co. 200 on Tuesday night. 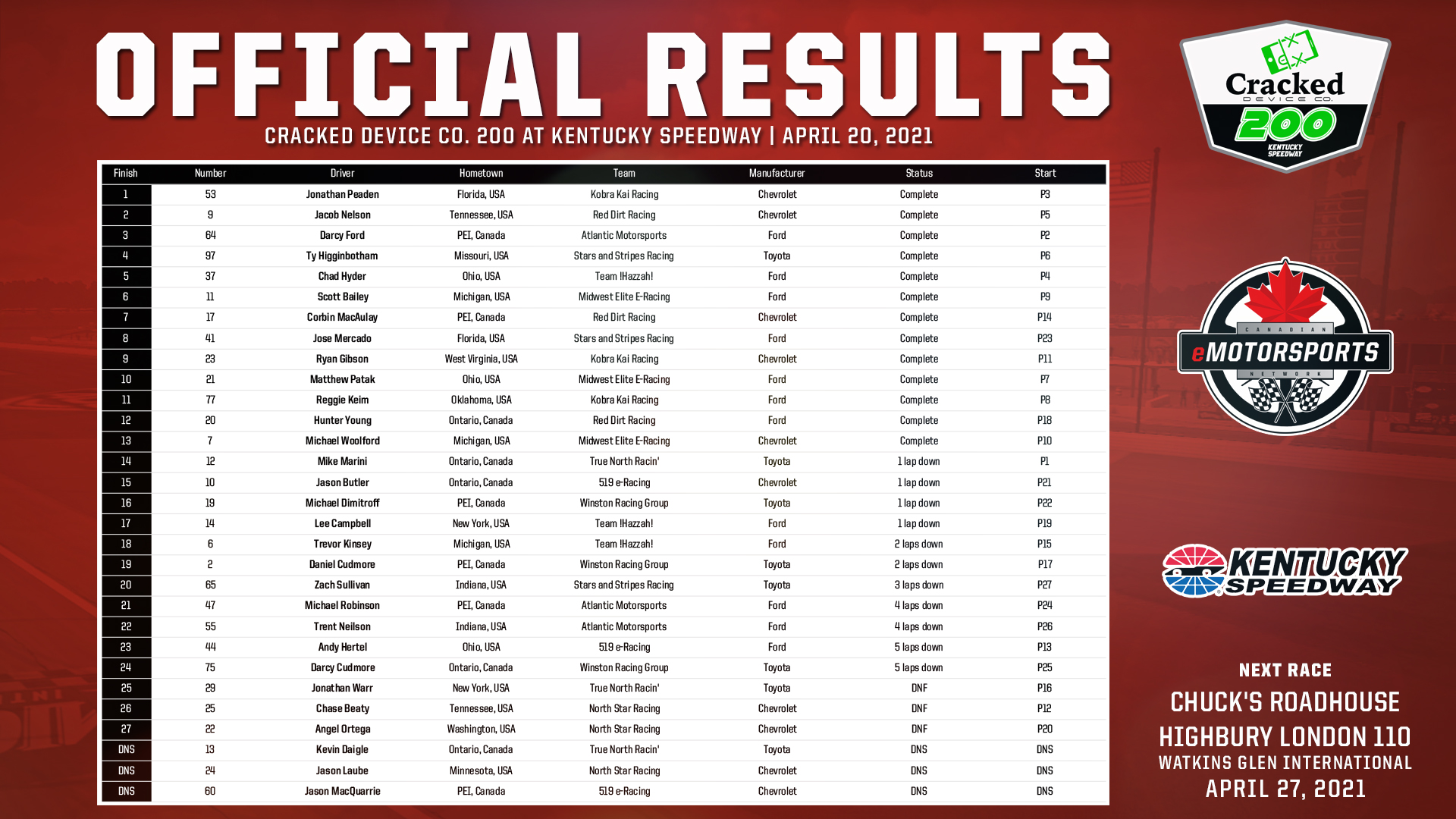 Here are the team standings through 11 races this season. 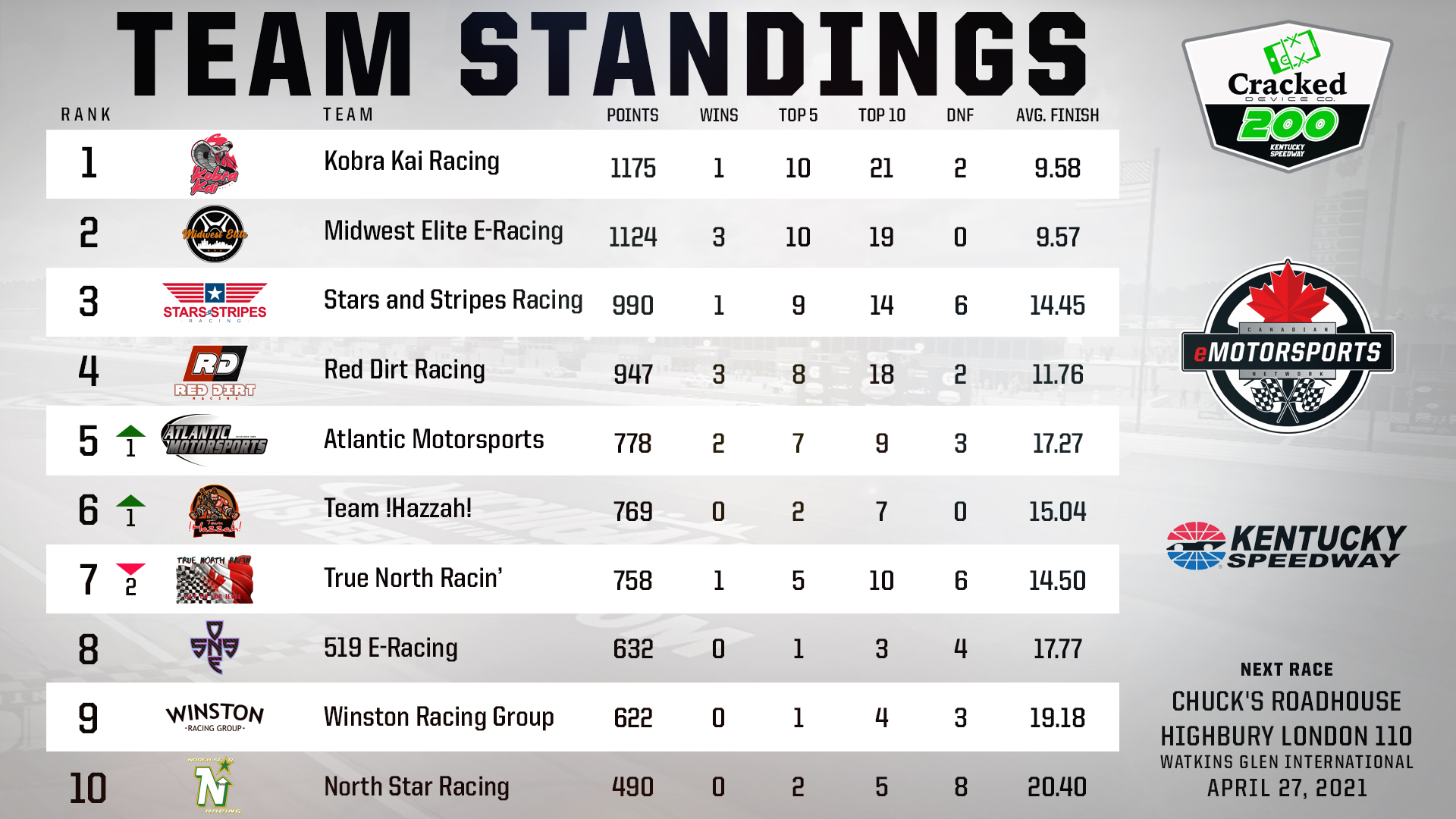