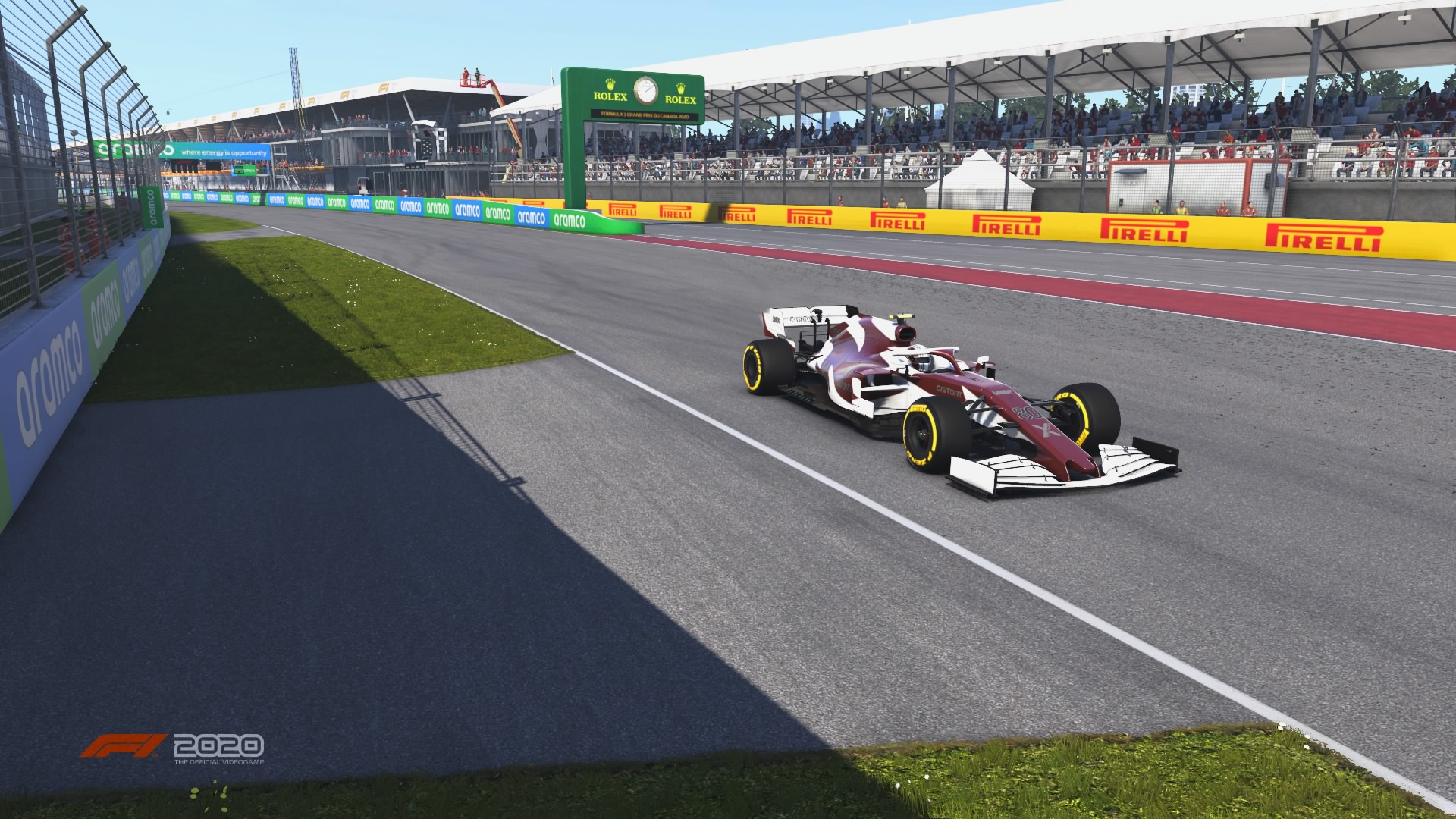 From the outset, Corbin MacAulay felt at home on his home country track.

For the second consecutive week, MacAulay was dominant from start to finish, matching perfect strategy with a fast Hurricanes eMotorsports Honda to win the Fix Auto Charlottetown Canadian Grand Prix, his series-leading third win of the season.

Jason Butler turned in his best finish of the season with a sixth-place finish in his 519 E-Racing Bugatti, while Michael Dimitroff kept Alpha Flow’s streak of having both drivers finish in the points alive by coming home in seventh.

Mike Marini finished eighth to grab four points for True North Racin’, Cody Cudmore picked up two points for Silver Hornet Racing in ninth, while Angel Ortega made it a double-points finish for 519 E-Racing as he came home in tenth.

MacAulay’s victory cuts Sullivan’s lead in the driver standings down to 15 points, 110-95, while Ford is another 15 points adrift in third place (80 points).

Meanwhile, North Border Racing maintained its 25-point lead over Alpha Flow in the constructors standings, though the Hurricanes eMotorsports team is now within five points in third place.

MacAulay made an early statement in qualifying, as he was the only driver to post a lap under 1 minute and 10 seconds, turning in a time of 1:09.410 to earn his fifth consecutive pole position, seven-tenths clear of Cody Cudmore in second.

While MacAulay got a good jump off the grid, Sullivan flew through the field from ninth place, making his way up to third place before the end of the first lap. However, MacAulay was dominant all the way through, extending his lead through the pit windows and maximizing the effectiveness of his tyres.

The majority of the field opted for a minimum of two pit stops with the notable exception of Daniel Cudmore, who stopped once and got 28 laps out of his hard tyres after starting on the medium compound.

The series heads back across the Atlantic Ocean next Thursday, October 15, to tackle the Silverstone Circuit, one of Formula 1’s most legendary tracks, for the Cracked Device Company British Grand Prix, the seventh round of the Canadian eMotorsports Network Formula 1 season.

Here are the official results from Thursday at the Fix Auto Charlottetown Canadian Grand Prix.