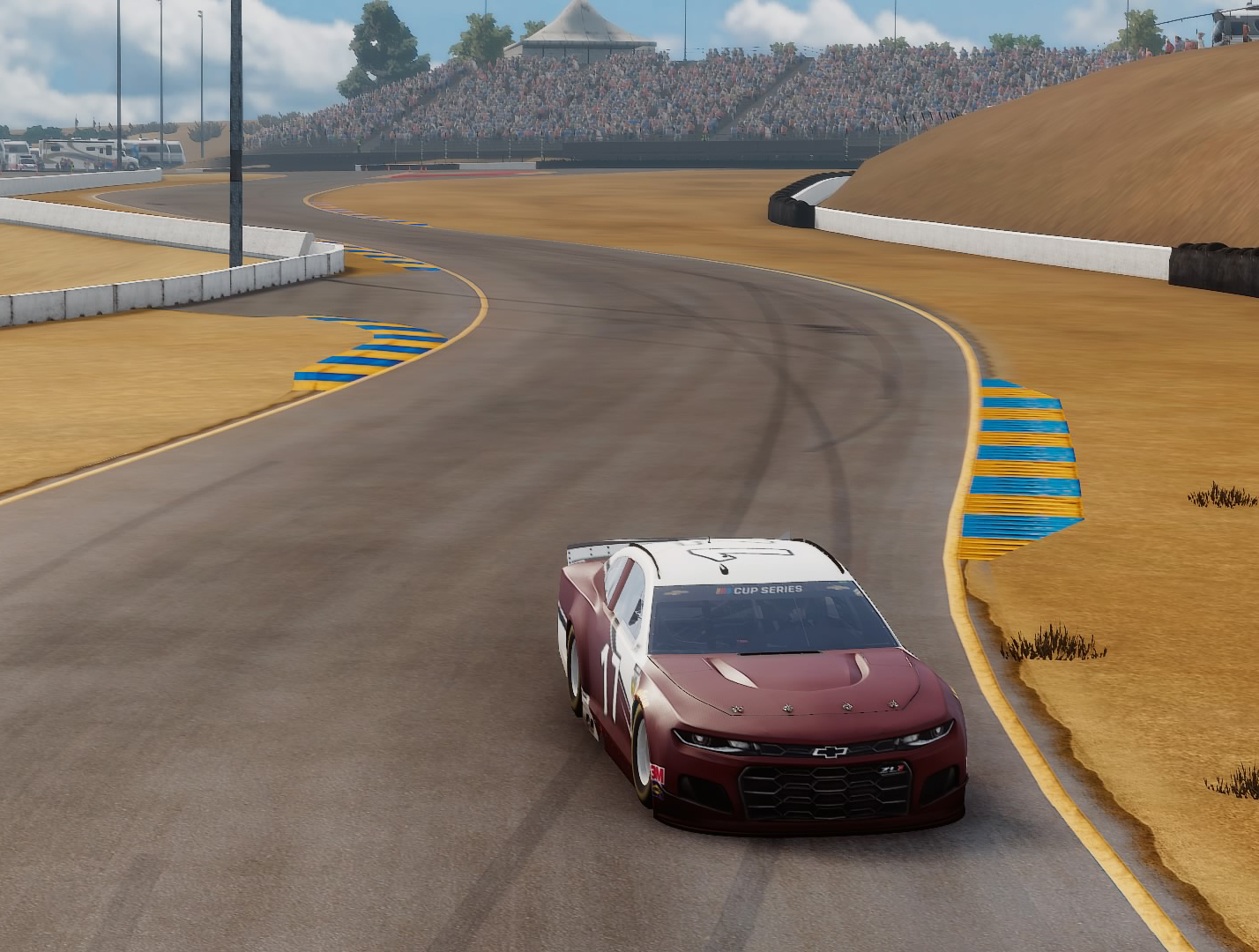 Corbin MacAulay (PEI, Canada, Red Dirt Racing) earned his second win of the season on Tuesday night thanks to a dominant third-stage at the Lone Oak Brewing Co. 175 at the Sonoma Raceway.  It was the eighth of 14 regular season races in the 2021 Canadian eMotorsports Network NASCAR Series.

After starting fifth, MacAulay powered his way through the field, finishing fourth in the first stage, and moving up to second at the end of the second stage. The victory propels him to second in the driver standings as one of only two drivers to have won multiple races so far this season.

Ford and Bailey were the stage winners in the race while Mike Marini (Ontario, Canada, True North Racin’) was the pole-sitter.

In total, the race was comprised of 55-laps around the 2.5-mile road course.  This was the second of five road courses on the schedule this season.

While much has remained the same in the standings, the big news saw Trevor Kinsey (Michigan, USA, Team !Hazzah!) fall from 15th to 17th.  Kevin Daigle (Ontario, Canada, True North Racin’) jump from 16th to 15th, and Andy Hertel (Ohio, USA, 519 E-Racing) move into the playoffs and now sits in 16th.

The battle for the final playoff spots will only intensify over the final six regular season races as positions 16th through 18th are only separated by six points.

The ninth race of the season is the Rampage Coffee Co. 125 taking place next Tuesday, April 6 at the Iowa Speedway; this will be the first time the series has ever visited the Iowa Speedway.

Here is a look at the final results from Tuesday’s, Lone Oak Brewing Co. 175. 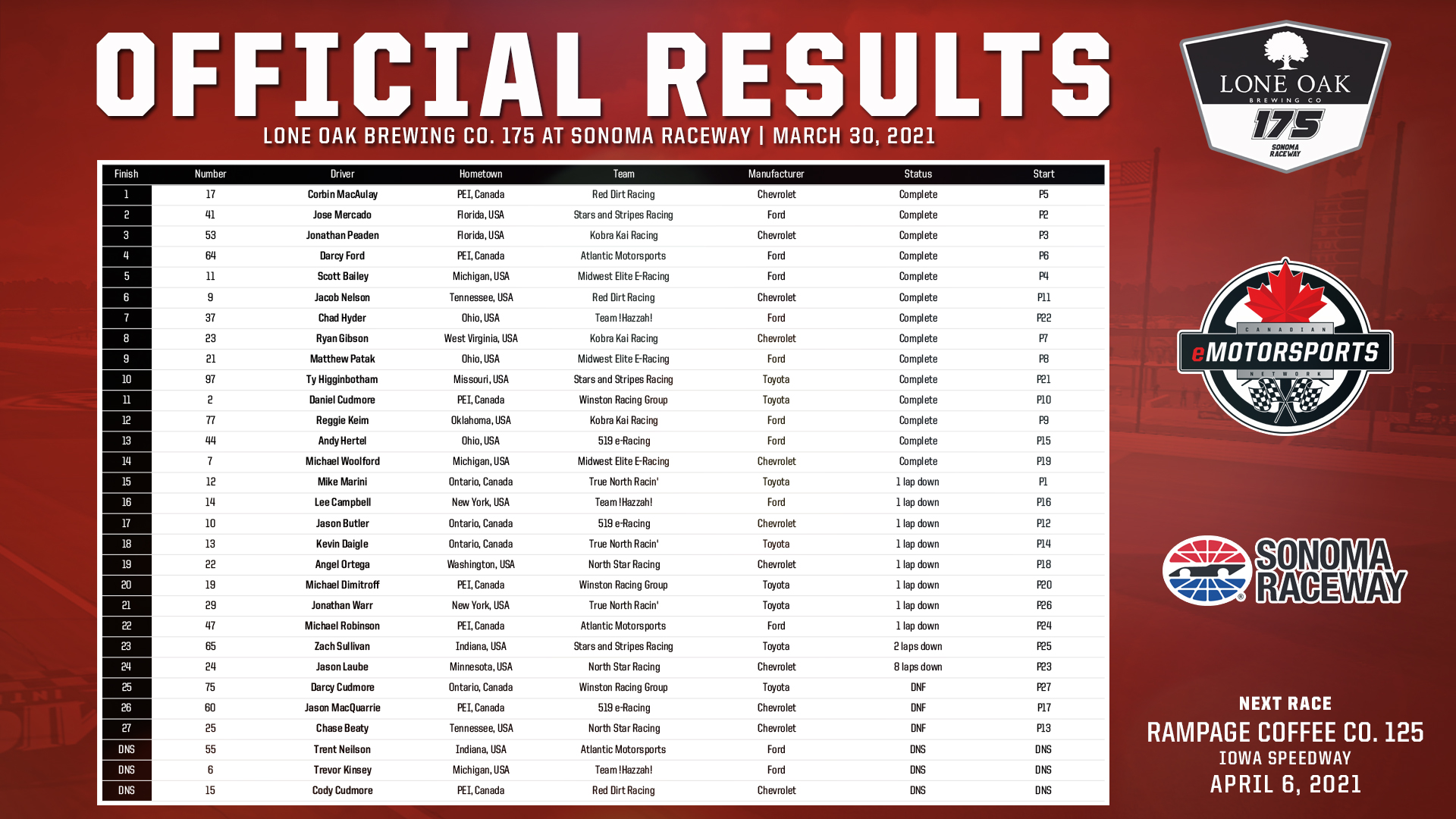 Here are the updated driver standings after race eight. 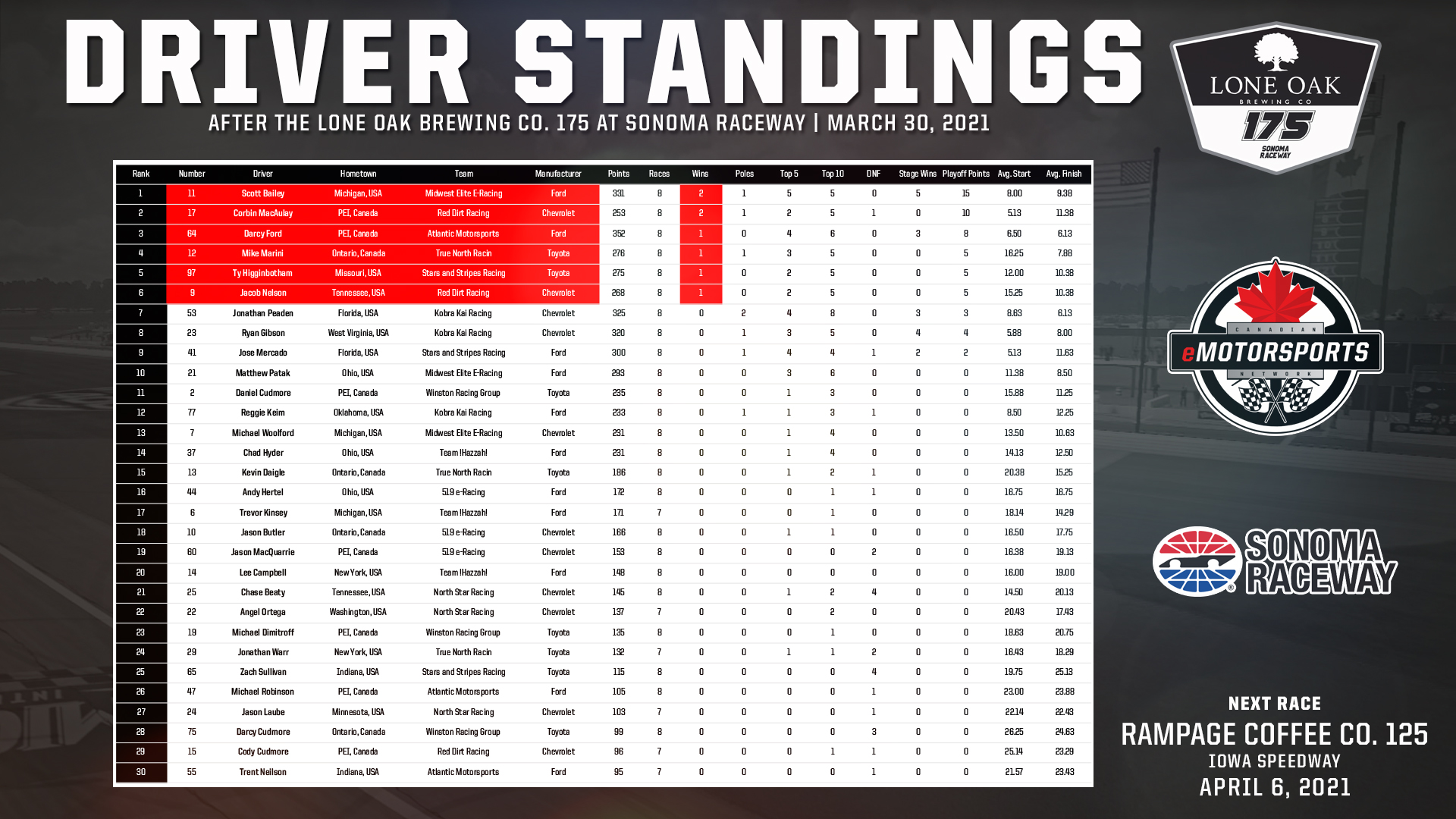 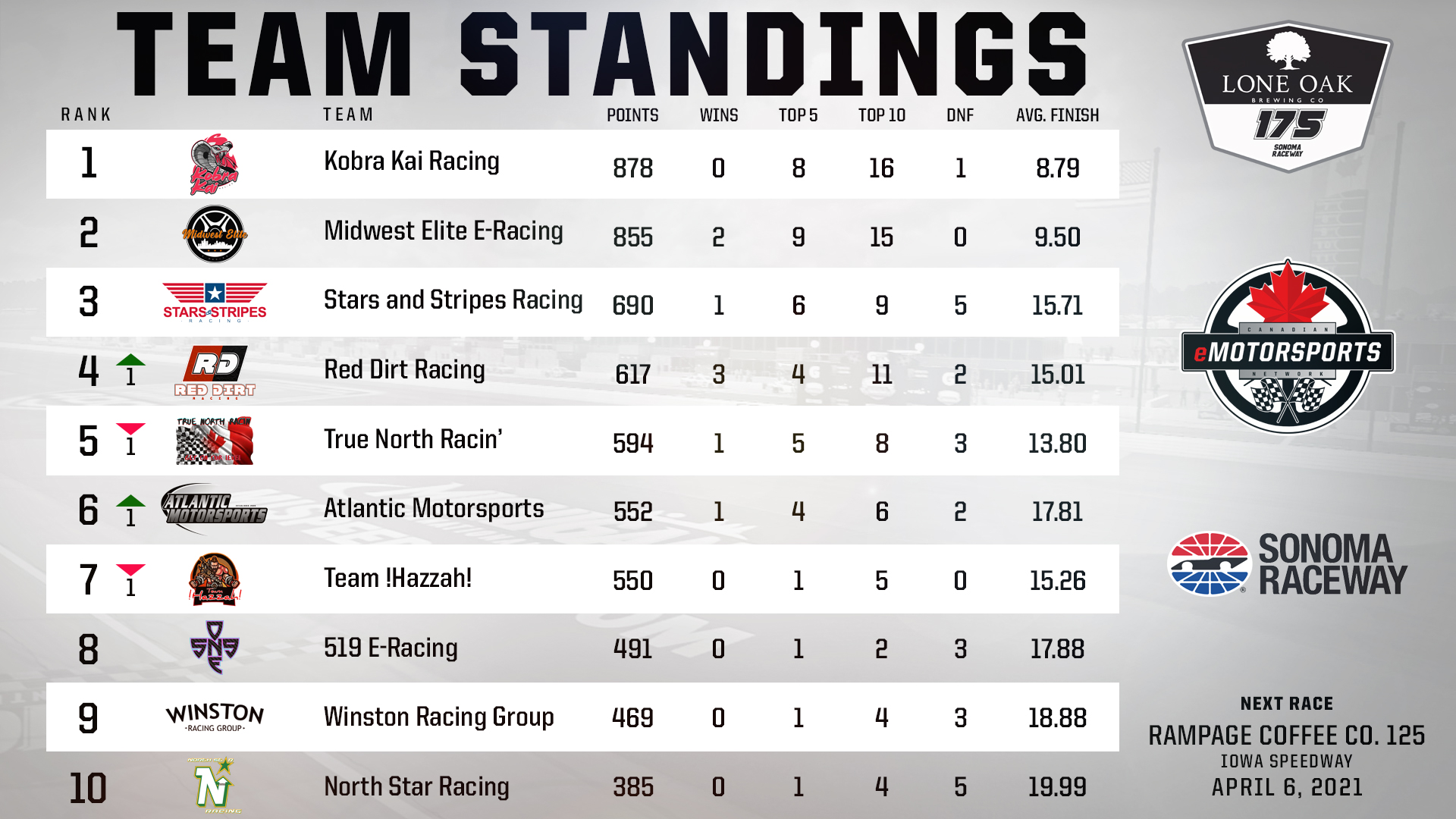