Ryan Gibson of Morgantown, West Virginia secured one of the final-four positions in the Championship Race by earning the victory on Tuesday night in the Sobeys 200 at Kansas Speeway.  This was the first-of-three races in the Round-of-8 Playoffs, and the 23rd race of the 2020 Canadian eMotorsports Network NASCAR Series season.

The victory was Gibson’s fifth of the season.  Rounding out the top-five was Darcy Ford (PEI, Canada) in second, Jose Mercado (Florida, USA) in third, Chad Hyder (Ohio, USA) in fourth and Scott Bailey (Michigan, USA) in fifth.

Over the next two playoff races (Texas and Martinsville) the final three spots in the Championship Race (November 17 at Phoenix Raceway) will be determined.

Currently, Ford sits in second and holds a 31-point advantage over the fifth place drivers of Corbin MacAulay (PEI, Canada) and Jacob Nelson (Tennessee, USA); both drivers are tied with 4058 points. Mercado sits in third with a 21-point cushion, while Bailey holds the final advancing position in fourth, up by 14-points.

Still very much in the mix are Mike Marini (Ontario, Canada) in seventh and Hyder in eighth. Marini trails the fourth-place driver by 32-points while Hyder is 34-points back.  Both drivers best chances to advance will be by earning wins in the next two races, something they are both capable of.

Here are the official results from the Sobeys 200 at Kansas Speedway. 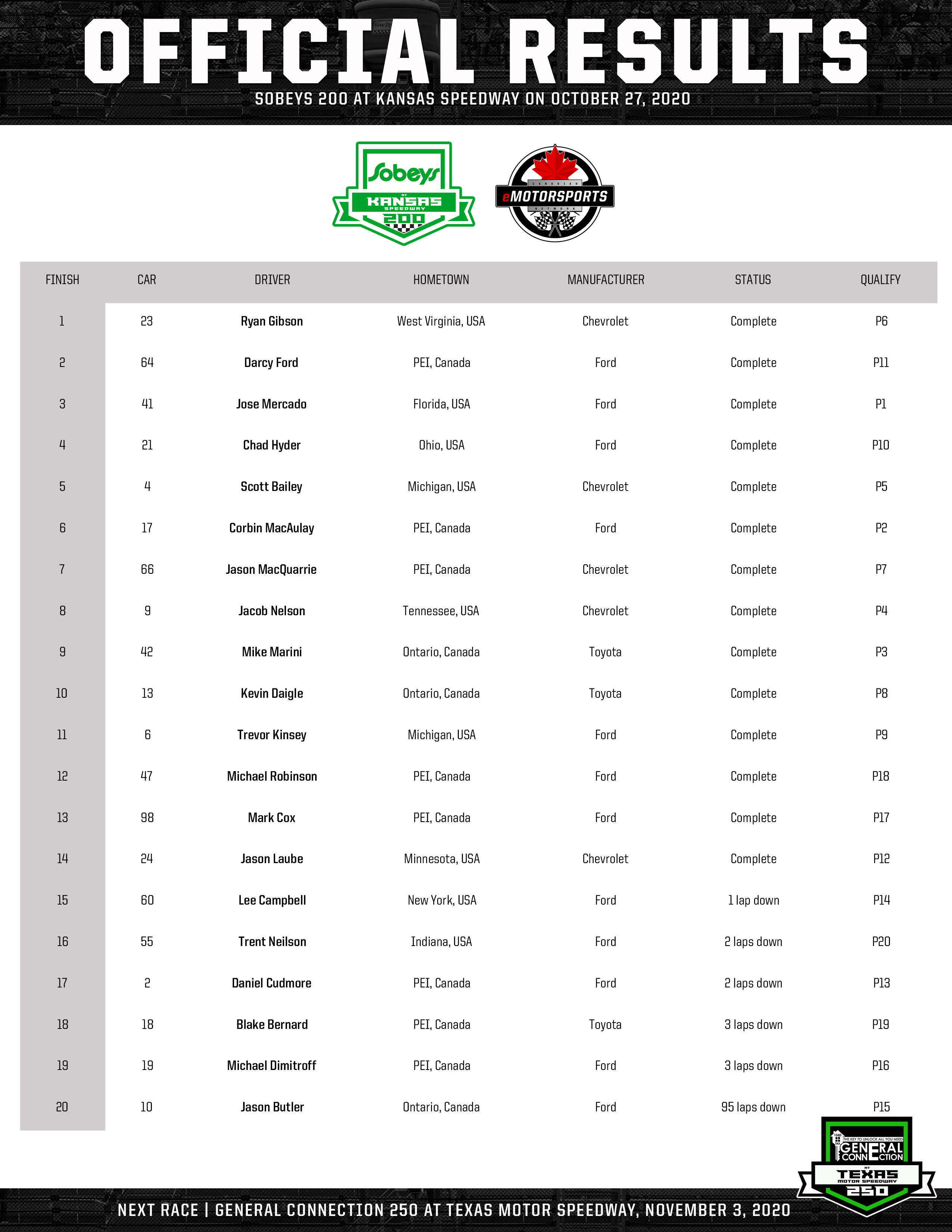 Here is how the Round-of-8 looks after Tuesdays race at Kansas Speedway. 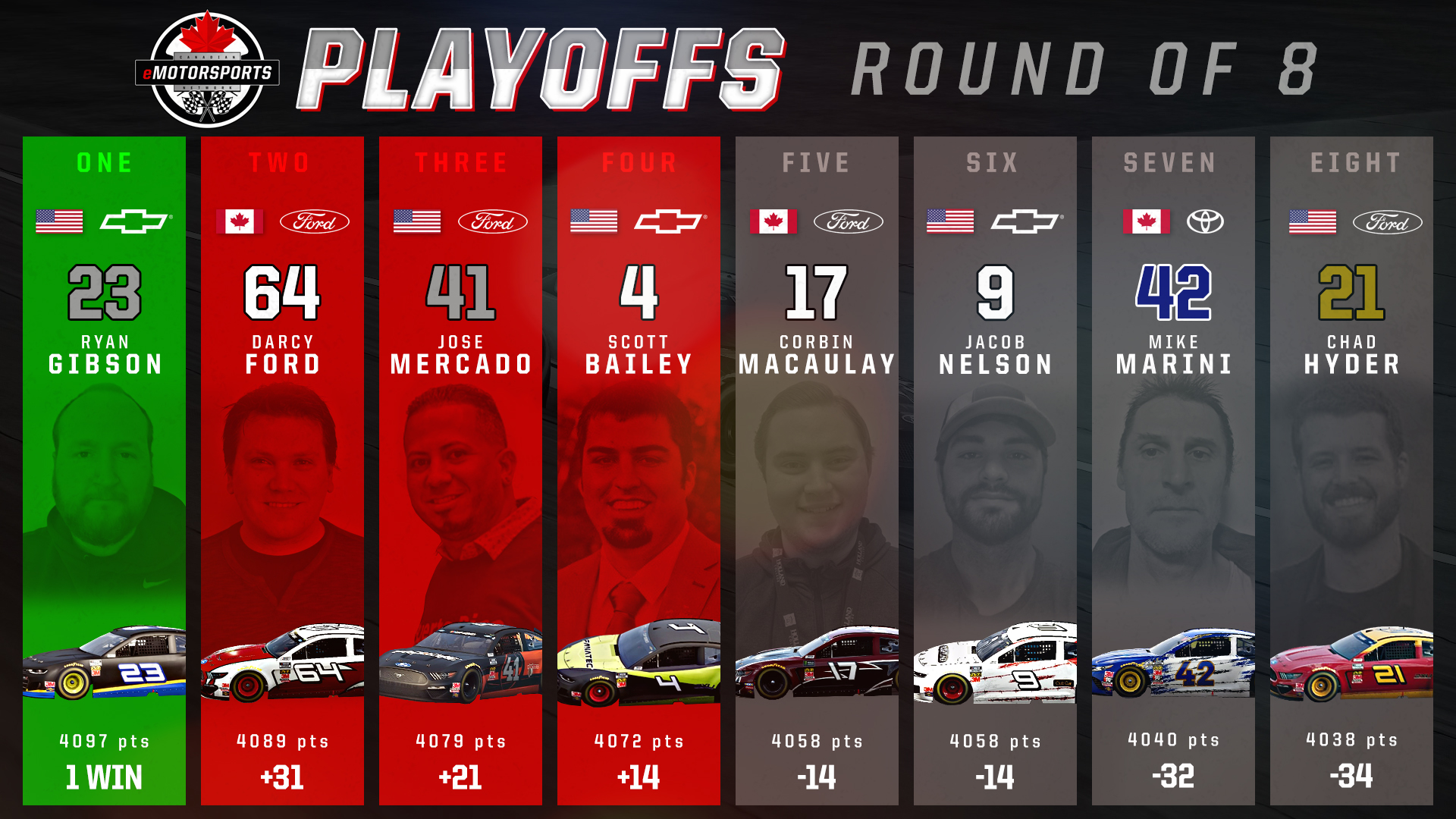