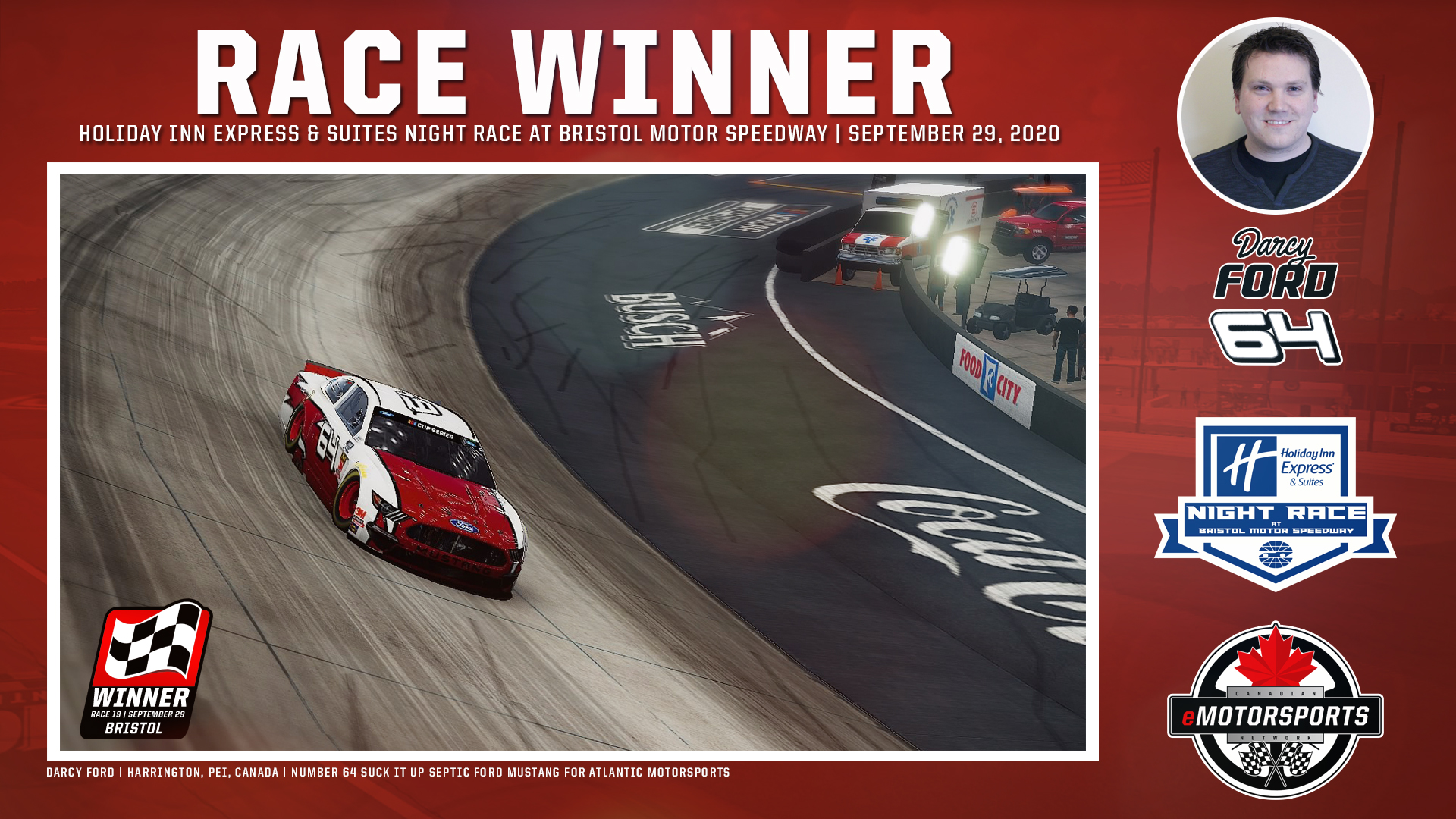 He did not need the win, but a statement was made on Tuesday night by Darcy Ford when he went to victory lane at the Holiday Inn Express & Suites Night Race at Bristol Motor Speedway.  It was the third and final race in the Round-of-16 in the Canadian eMotorsports Network NASCAR Series Playoffs.

The victory was the fourth on the season for Ford, who also earned wins at Homestead-Miami, Charlotte and Indianapolis during the regular season; it had been over two-months since his last win.

Rounding out the top-five on Tuesday was Corbin MacAulay, Trevor Kinsey, Ryan Gibson and Kevin Daigle.

Ford started in seventh after qualifying, as Chad Hyder held the pole position.  Corbin MacAulay would win both stages, earning two additional playoff points that carry through the remainder of the playoffs.  Ford would eventually take over the lead in the race early in the third stage from MacAulay, ultimately claiming the win.  Ford and MacAulay were the only two cars finishing on the lead-lap.

The top-16 drivers from the regular season qualified for the playoffs, where they competed in races at Darlington, Richmond and Bristol.  The top-12 drivers following the three first-round races (points plus playoff points earned during the regular season) advanced to the next round.  Ford had already earned enough points through the first two races of the round to clinch his spot in the Round-of-12.

High-drama existed for those drivers entering the race in 12th through 15th, as they needed a strong race at Bristol in order to advance being only separated by a few points.

In the end, Michael Robinson and Lee Campbell missed out by seven and eight points respectively, while Jason Maluchnik had a connection error after qualifying and was not able to sort it out prior to the beginning of the race; he failed to advance by 14-points. Kevin Fenech was also eliminated from the playoffs on Tuesday night.

The Round-of-12 begins on Tuesday, October 6 at the Las Vegas Motor Speedway for the ADL Prince Edward Island 200.  The round will continue with races at the Talladega Superspeedway and Charlotte Motor Speedway Roval, where the top finishers from the trio of races will advance to the Round-of-8.

Here is a full breakdown of how the Round-of-16 ended on Tuesday night. 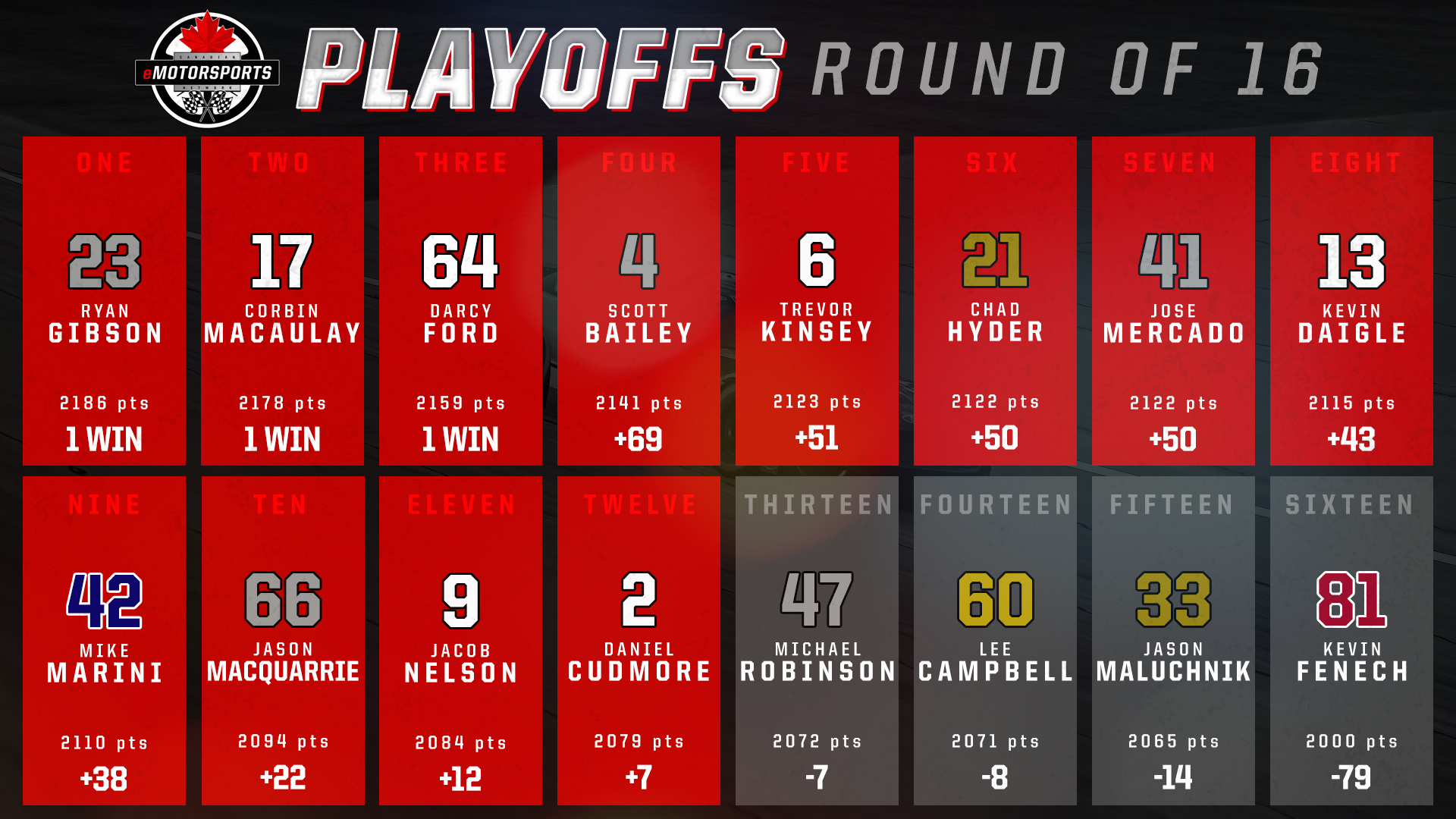 See the official results, or watch the archived broadcast of the Holiday Inn Express & Suites Night Race at Bristol at www.hollandcollege.com/esports.