Ford takes over top-spot in standings with Iowa win

The victory was the second of the season for Ford, who previously won the season-opening Holland College 250 at the Daytona International Speedway on February 2.

After qualifying eighth, Ford would work his way through the field and eventually win the second stage.  He then drove away in the final stage, claiming the win by four-seconds.  Jose Mercado (Florida, USA, Stars and Stripes Racing) was the winner of stage one.  Ryan Gibson (West Virginia, USA, Kobra Kai Racing) was the pole-sitter but moved to the back when he made adjustments prior to the start of the race.

With five races to go in the regular season, all eyes are on the battle for the final playoff spot.  Currently, only seven points separate 16th through 19th in the driver standings, with Jason Butler (Ontario, Canada, 519 E-Racing) taking over the last playoff spot after a strong showing at Iowa, finishing tenth.

The tenth regular season race of the season is the Fix Auto 250 taking place on Tuesday, April 13 at the Atlanta Motor Speedway.

Here is a look at the final results from the Rampage Coffee Co. 125 on Tuesday night. 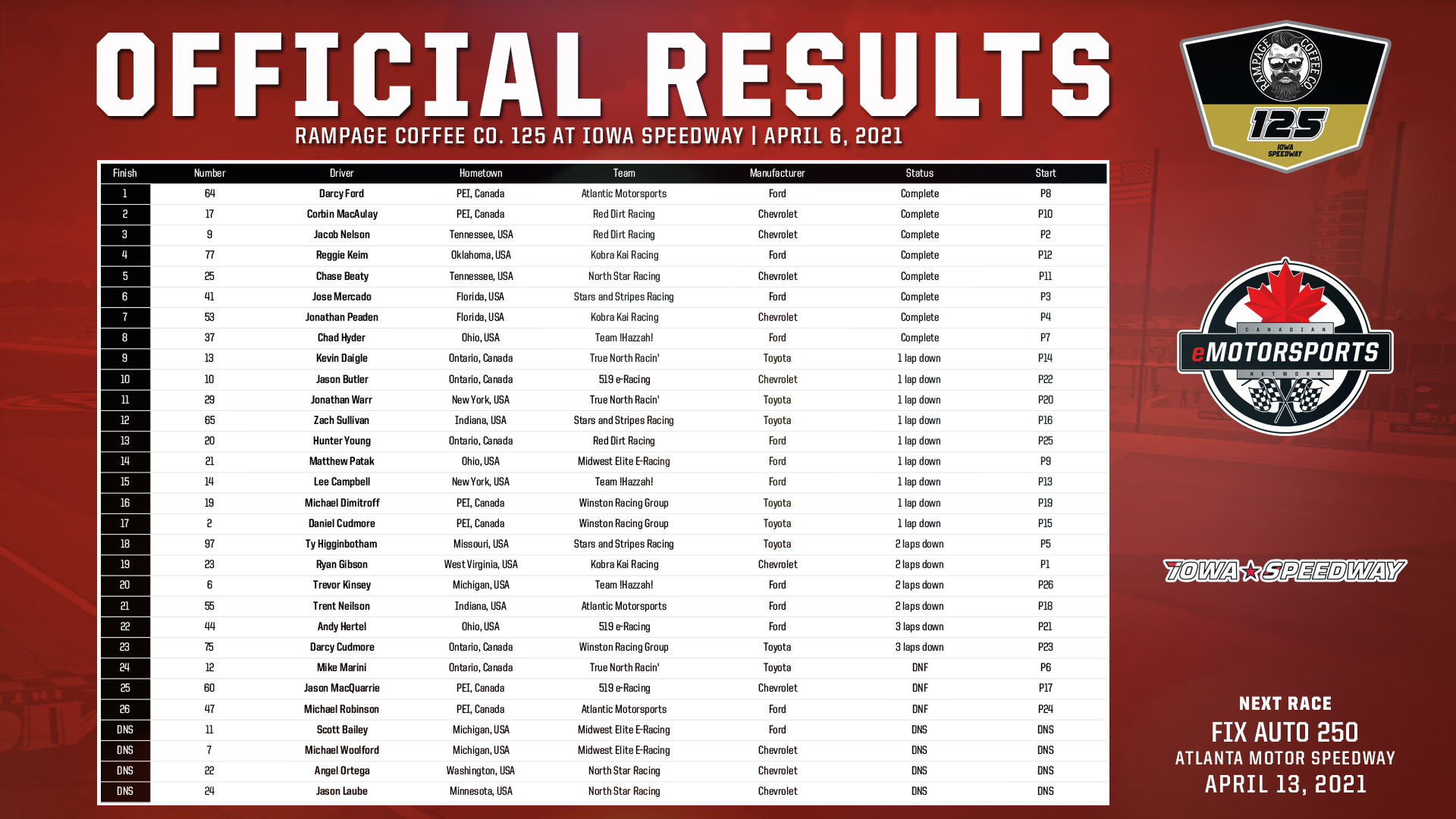 Here are the updated driver standings following race nine of the regular season. 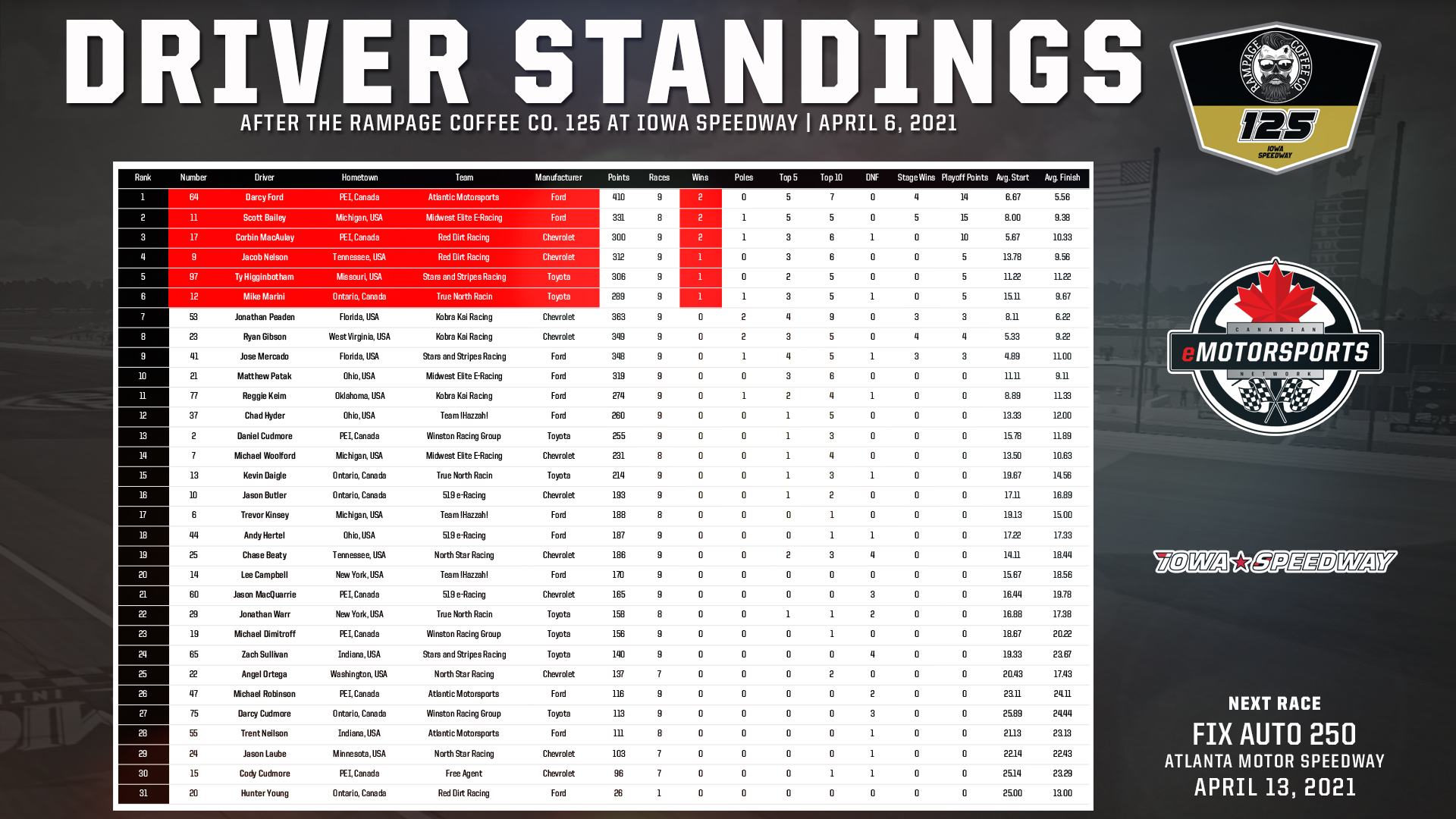 Here are the current team standings after Tuesday’s race. 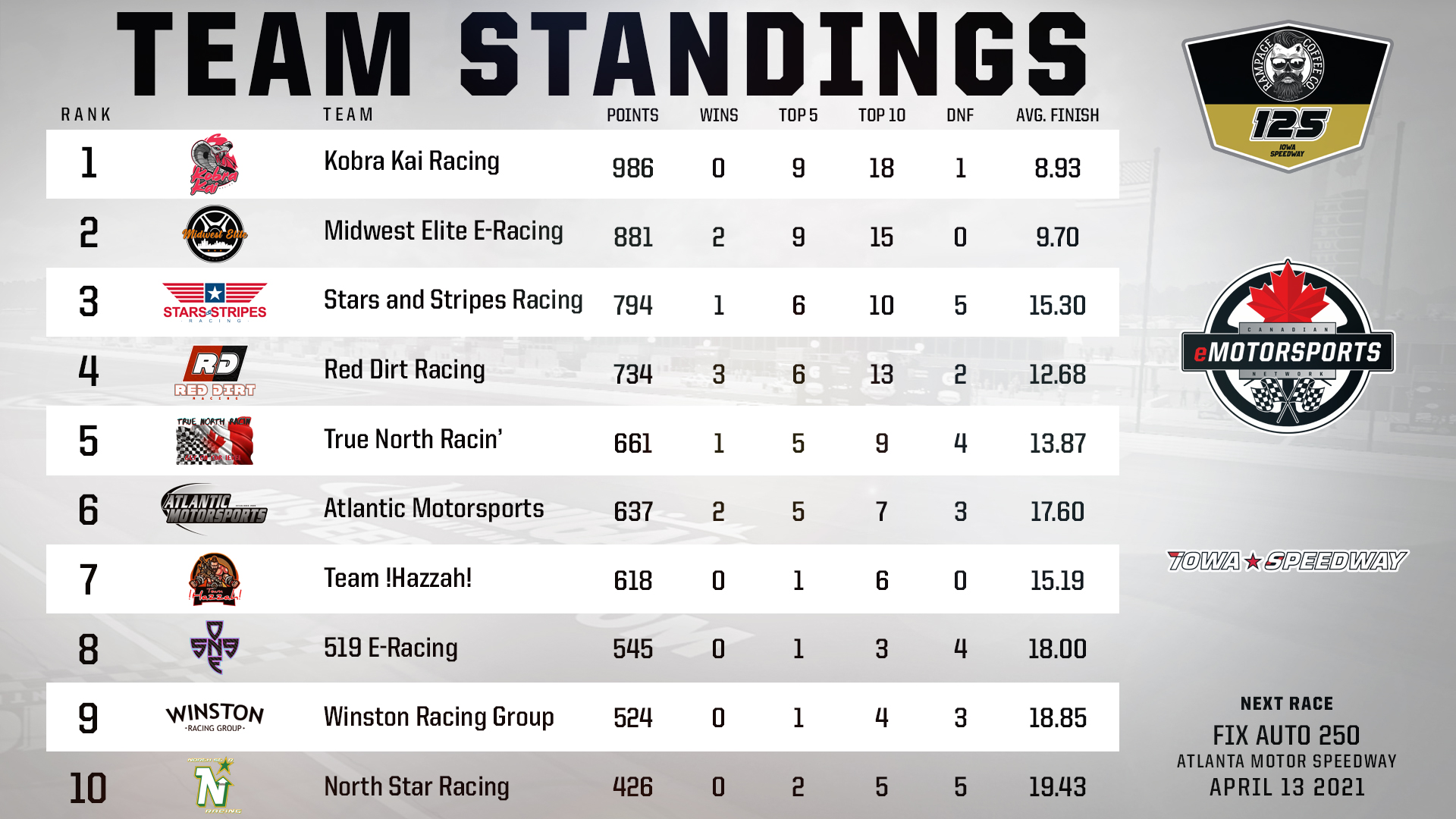