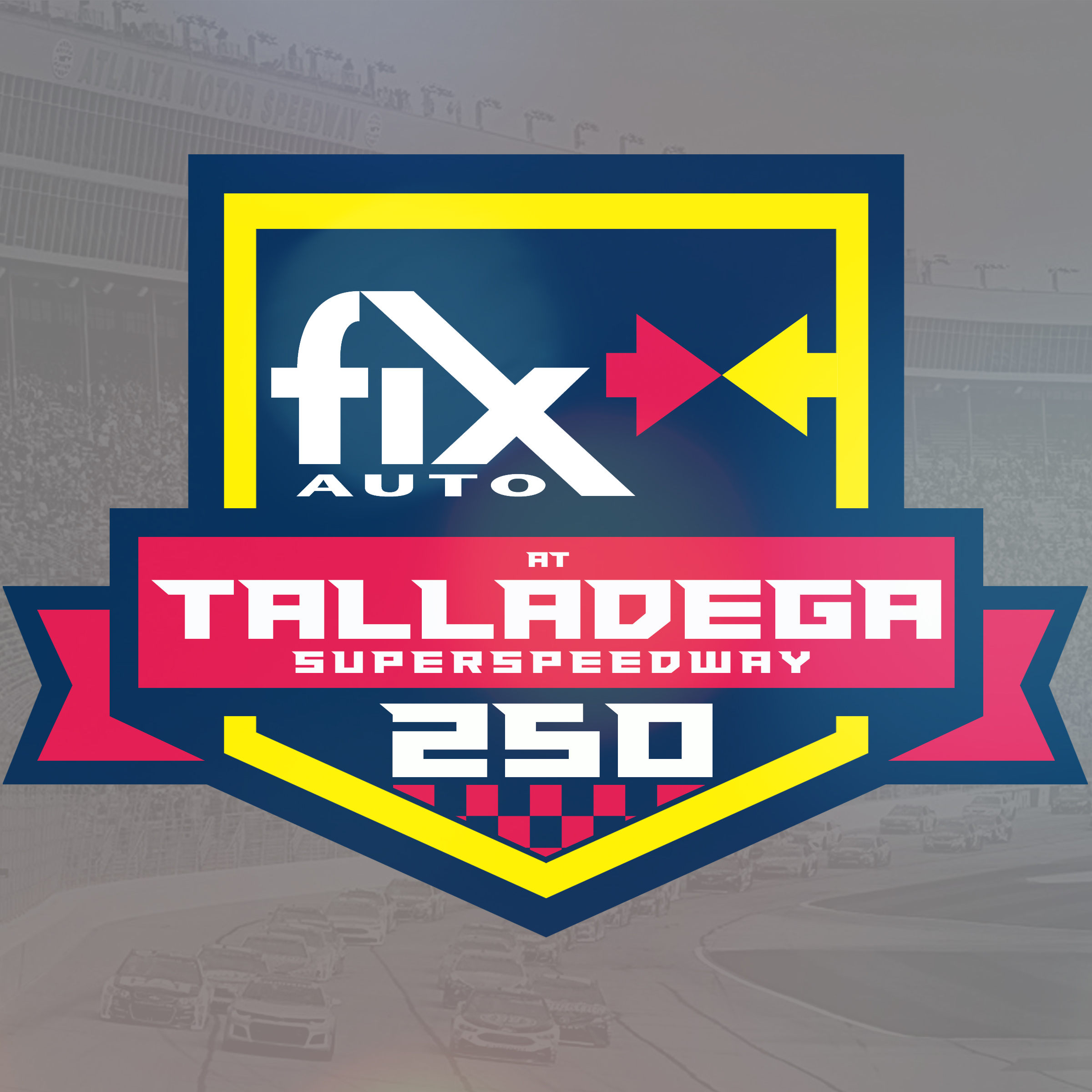 The 2020 Canadian eMotorsports Network NASCAR Series Playoffs continue on Tuesday with the second of three races in the Round-of-12, the Fix Auto 250 at the Talladega Superspeedway.

While the top seven are feeling comfortable in their chances to advance, all but locking up spots in the Round-of-8 if they can avoid disaster over the next two races, the final spot is very much up for grabs.

Chad Hyder holds the eighth position by three-points over Jason MacQuarrie, five-points over Daniel Cudmore, six-points over Trevor Kinsey and 11-points over Kevin Daigle.  Due to the unpredictable nature of the Talladega Superspeedway, followed by the Charlotte Motor Speedway ROVAL, anything could happen over the next two weeks; a victory by any of these five drivers will all but lock up our field for the Round-of-8.

Darcy Ford is the lone driver to have secured his place in the Round-of-8 after winning last week at the Las Vegas Motor Speedway.

Even though the top seven drivers may be sitting pretty in this round, it doesn’t mean they will be taking it easy.  Valuable playoff points are still up for grabs; five-points if you earn a race win, and single points by claiming one of the two stage victories up for grabs.

The field will complete 94 laps over three stages on Tuesday.  Jacob Nelson enters the race as the heavy favorite, having won the other two restrictor-plate races this season at Daytona, as well as the pre-season event, The Clash.

This is the 21st race on the schedule; the season concludes on November 17th at the Phoenix Raceway where a series champion will be crowned.

All races can be seen live at www.facebook.com/eMotorsportsCAN, with the pre-race show beginning at 7:45pm eastern.

Here is a look at the playoff standings entering Tuesday’s race. 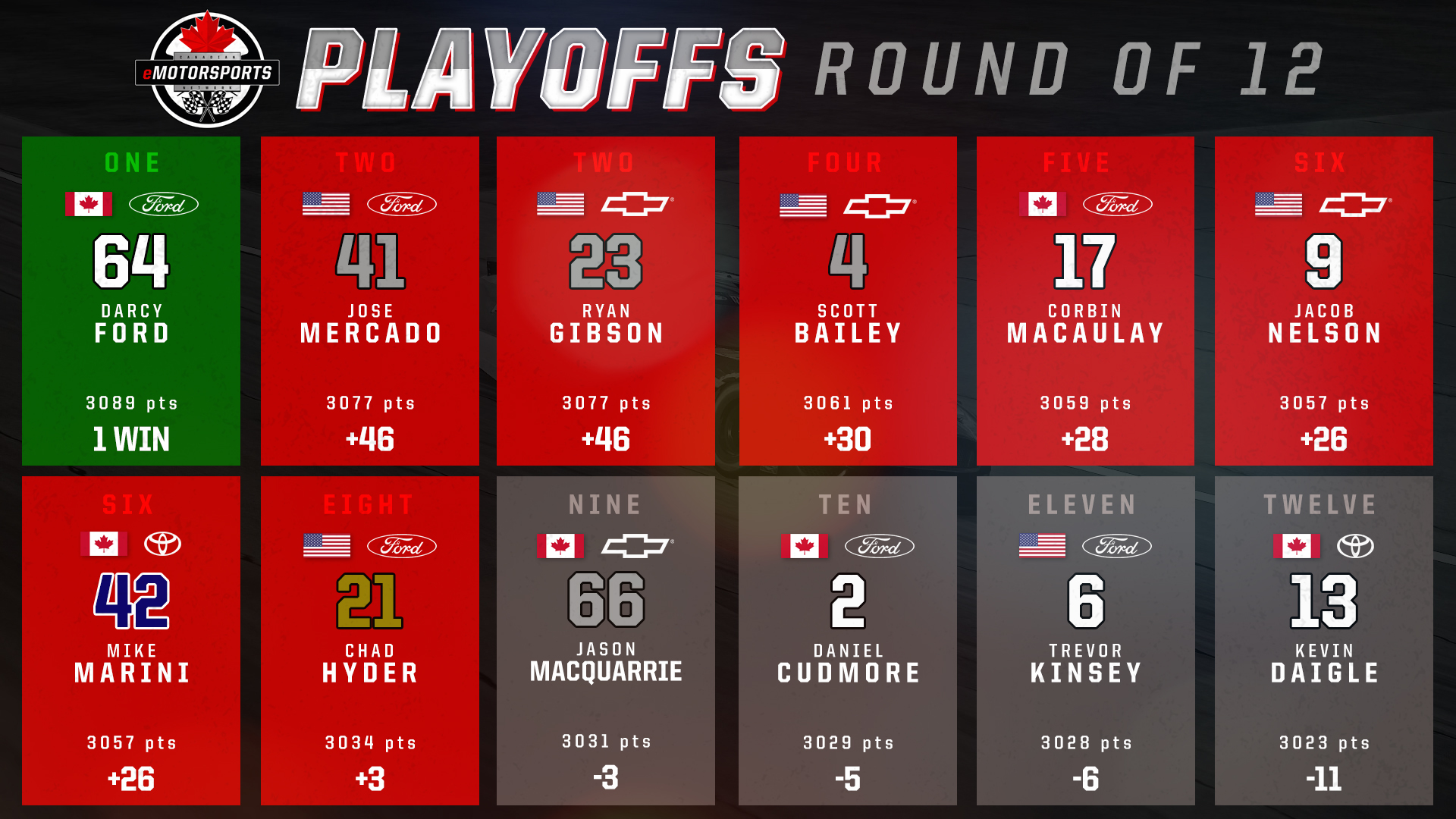