We’re off and running in the 2021 Canadian eMotorsports Network NASCAR Series season as we head to race number two, the Fix Auto 250 at the Phoenix Raceway.

After beginning our season last week at the unpredictable restrictor-plate race at the Daytona International Speedway, we now shift our focus to a variety pack of race types in the coming weeks.  This week we are at the one-mile, low-banked tri-oval in Phoenix, followed by events at the 1.5-mile intermediate Kansas Speedway and the Canadian Tire Motorsport Park road-course.

In the team standings, Stars and Stripes Racing holds a commanding lead in the standings with 120-points and a 31-point lead.  The standings are much tighter from second through ninth however, with only 29-points separating the next eight teams.

Tuesday’s race will consist of 156-laps and three stages (37, 54 and 60 laps).  Cautions will be disabled so drivers will have to stay clean and on the lead-lap to be successful, with car adjustments being made during stage-breaks or green flag pit stops.

This is also the first of six races as part of the Fix Auto Cup, awarded to the driver with the most points in the six Fix Auto-sponsored events this season. Darcy Ford was the recipient of the award in 2020.

The pre-show is scheduled to begin at 7:45pm eastern at www.facebook.com/eMotorsportsCAN, with the race to follow at 8pm.

Here are the driver standings entering the Fix Auto 250 on Tuesday night. 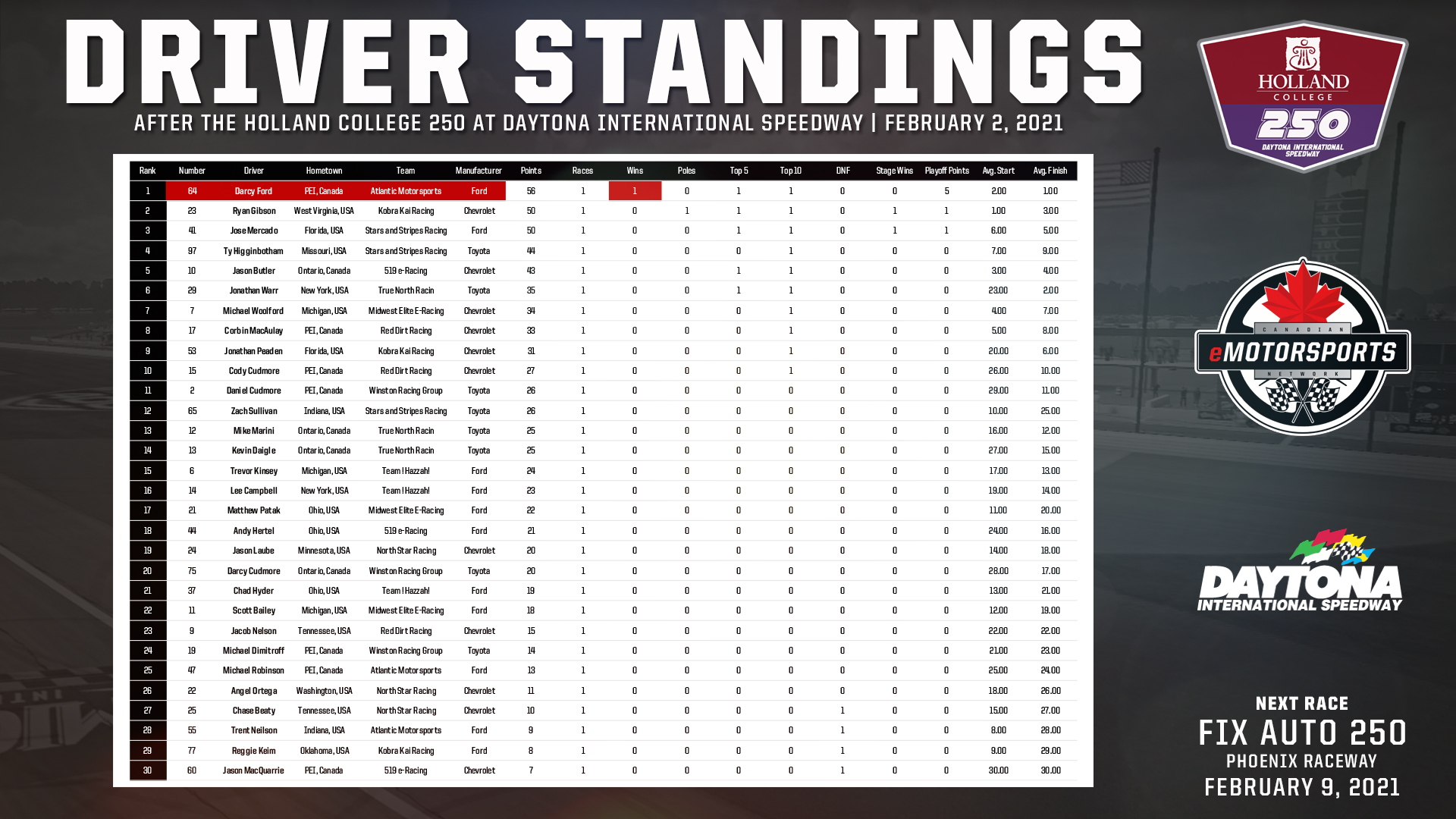 Here are the team standings entering the Fix Auto 250 on Tuesday night. 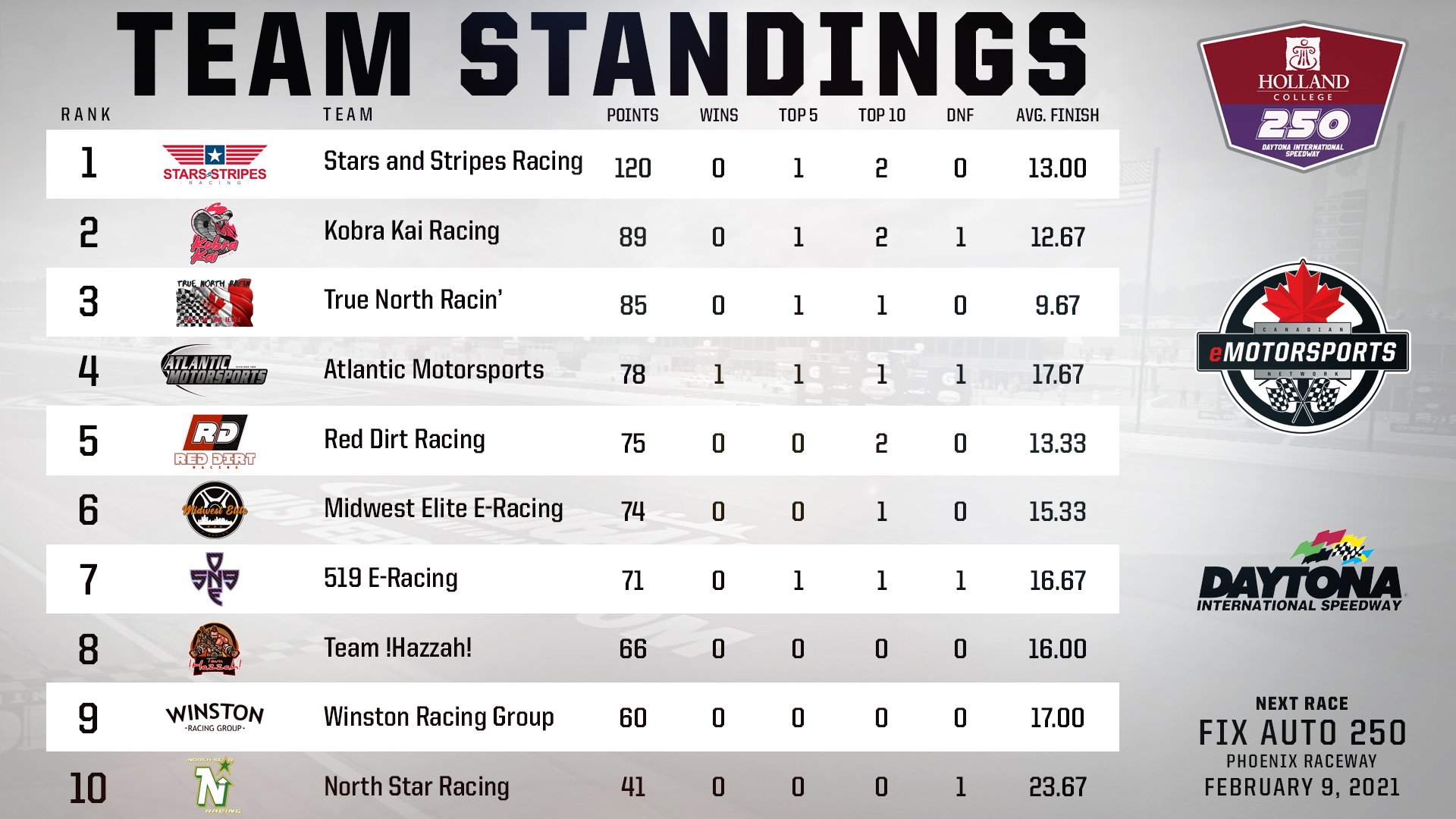