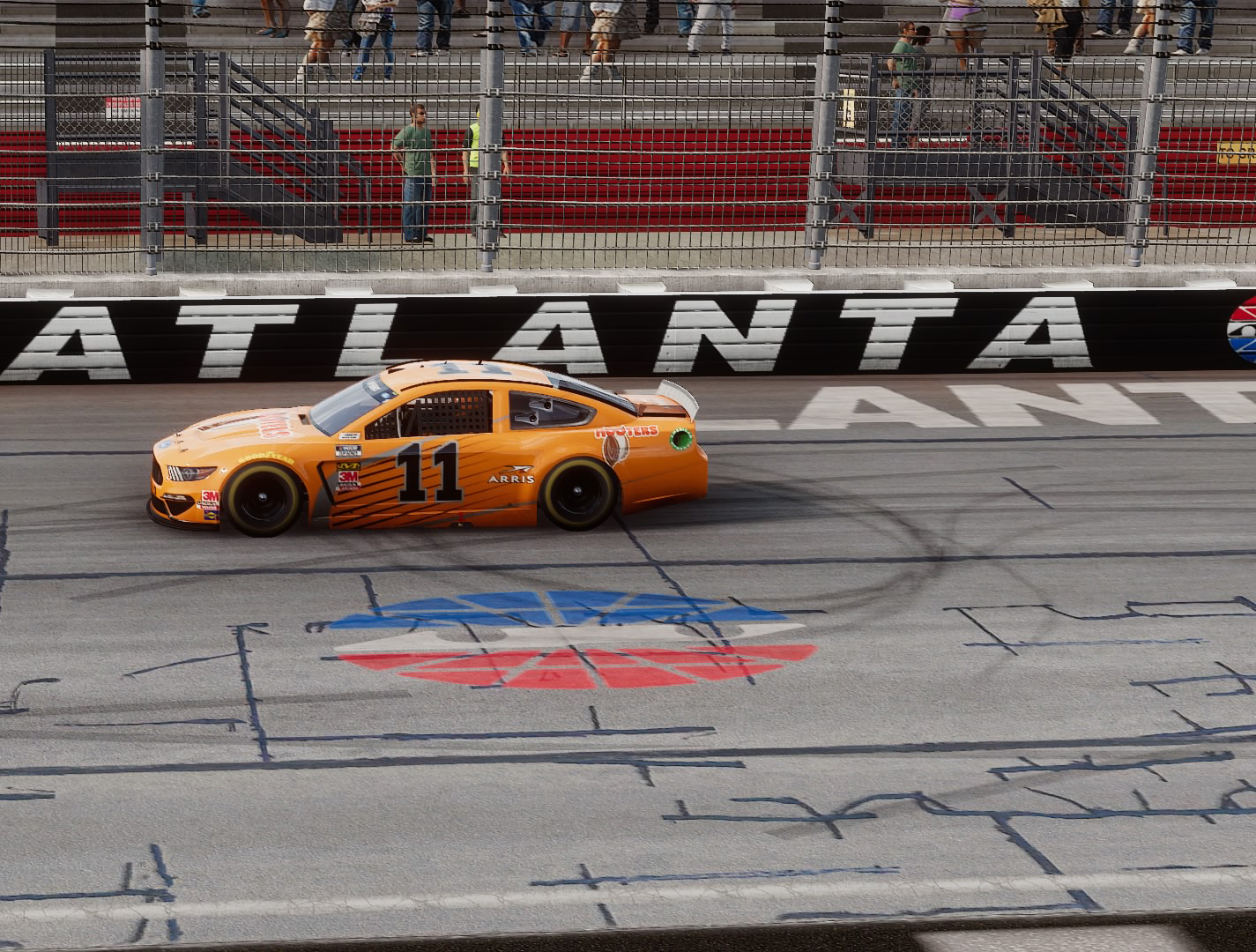 Scott Bailey (Michigan, USA, Midwest Elite E-Racing) demonstrated once again why he’s one of the best in the Canadian eMotorsports Network NASCAR Series, conserving enough fuel to win the Fix Auto 250 on Tuesday night at the Atlanta Motor Speedway.  It was the tenth of 14 regular season races of the 2021 season.

The final lap mayhem saw race leader, Ty Higginbotham (Missouri, USA, Stars and Stripes Racing) first run out of fuel on the backstretch of the final lap, he was followed by Darcy Ford (PEI, Canada, Atlantic Motorsports) running out exiting turn four alongside Jacob Nelson (Tennessee, USA, Red Dirt Racing).  The benefactor to all of this was Scott Bailey who made it to the line first, claiming his third win of the season and jumping into the lead in the driver standings.

The 55-lap final stage proved challenging for the drivers with a fuel run of approximately 27-laps, drivers were having to conserve to make it on a one pit-stop strategy.  Additionally, the coarse racing surface chewed through tires as quickly as the cars were using fuel.

Winners of the first two stages were Jose Mercado and Ty Higginbotham.  Scott Bailey started the race from the pole position.

The race for the final playoff spot looks like it could come down to the wire with four regular season races remaining.  Jason Butler (Ontario, Canada, 519 E-Racing) holds the final playoff spot with his teammate, Andy Hertel (Ohio, USA, 519 E-Racing) sitting in 17th, just five-points back.  Trevor Kinsey (Michigan, USA, Team !Hazzah!) is eight points out of the playoffs in 18th, while Chase Beaty (Tennessee, USA, North Star Racing) is in 19th, 11-points back of Butler.

The 11th race of the regular season is the Cracked Device Co. 200 on Tuesday, April 20 at the Kentucky Speedway.

Here are the final results from the Fix Auto 250 on Tuesday night. 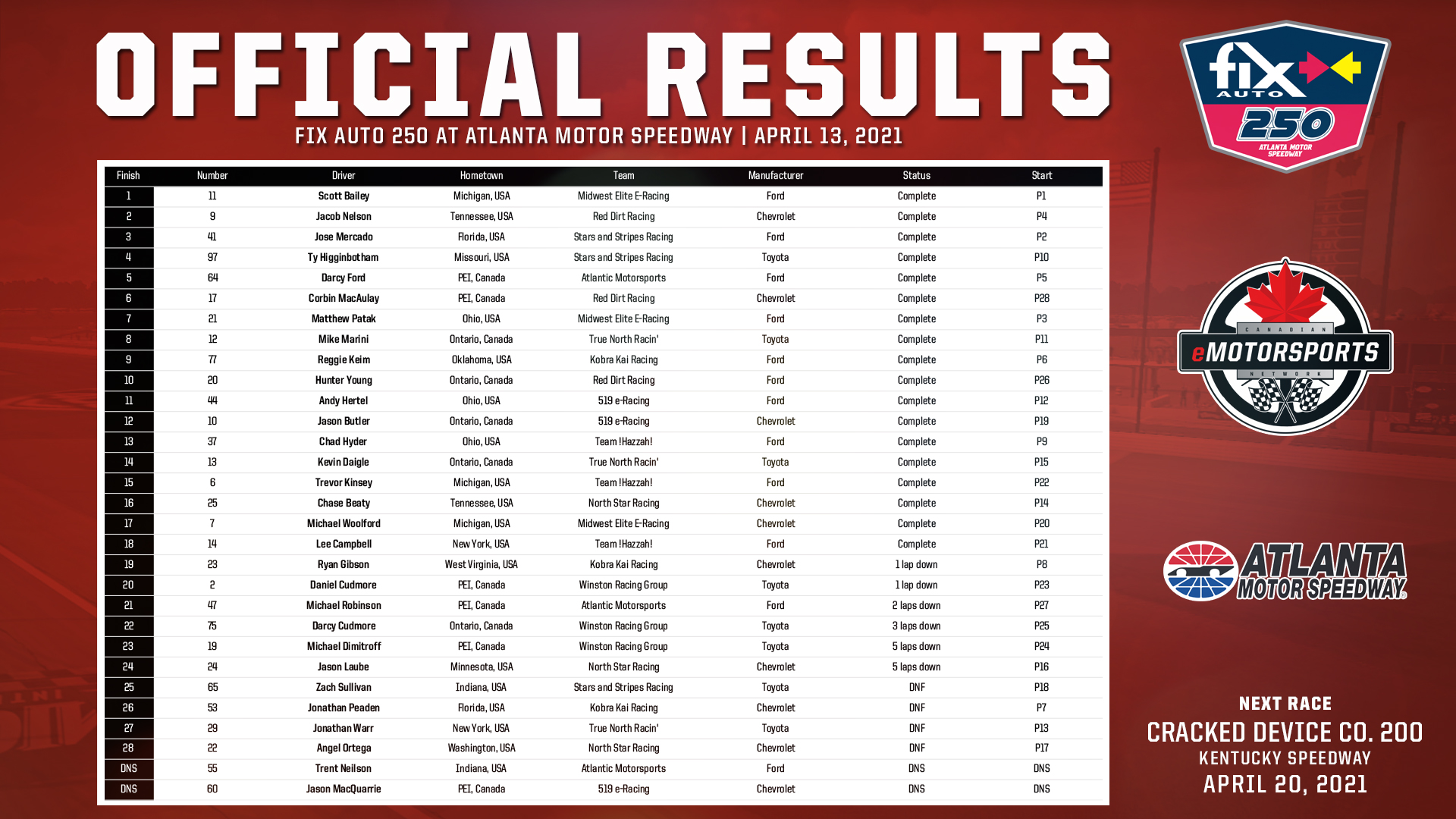 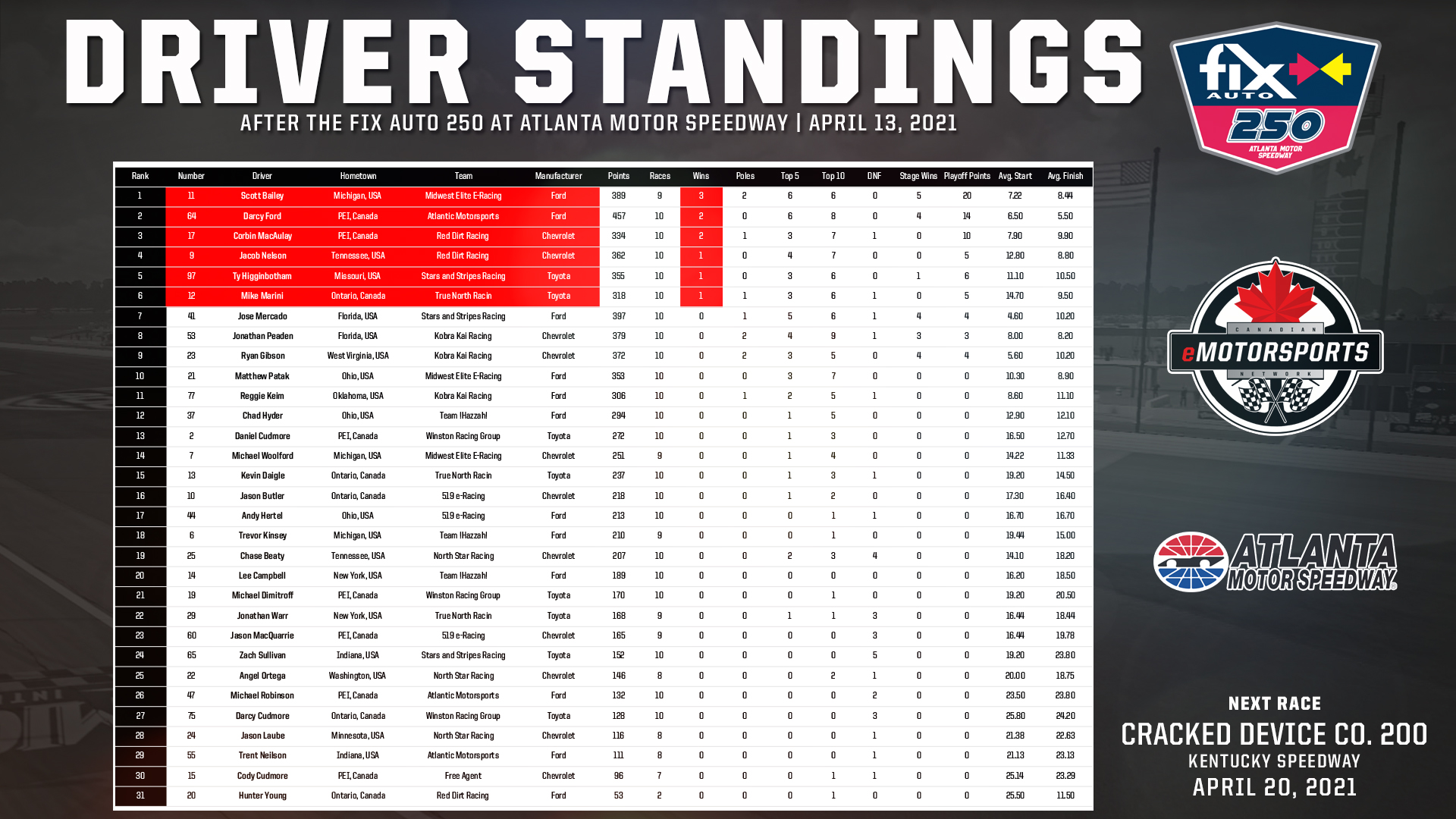 Here are the team standings through race ten. 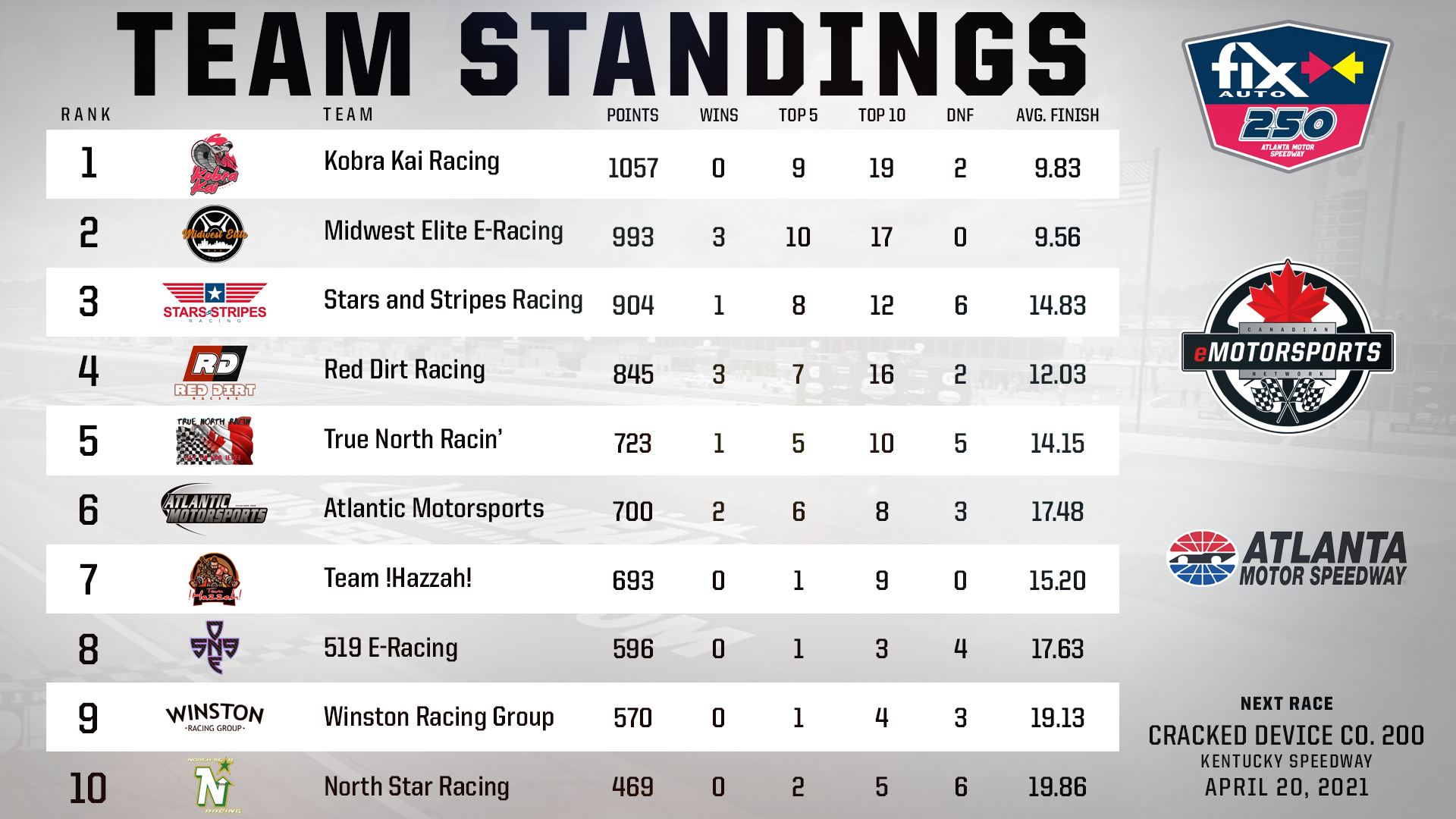