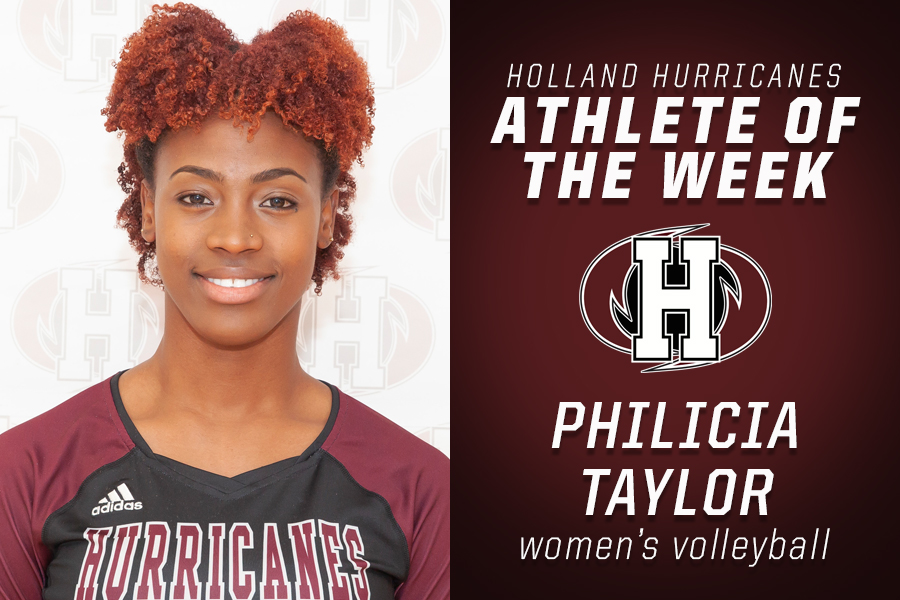 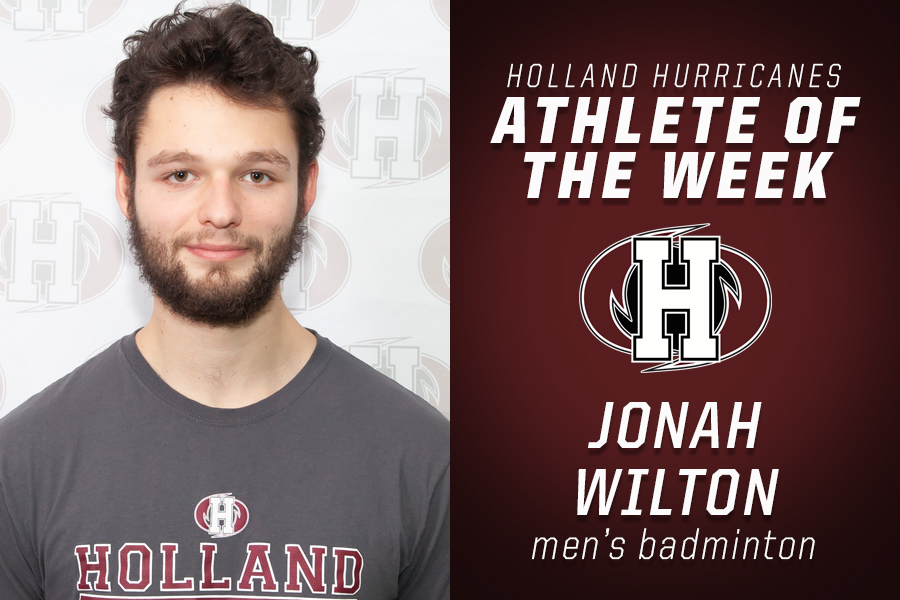 Women’s volleyball player, Philicia Taylor, and men’s badminton player, Jonah Wilton, have been named the Holland Hurricanes Athletes of the Week for the week ending February 17.

Taylor, a third-year middle from Nassau, Bahamas, had a strong weekend with consistent play at the net, helping power the ‘Canes to three straight-set victories to end their regular season.

Over the nine sets, Taylor recorded seven kills and eight digs in victories over the Mount Allison Mounties (Friday in Sackville, NB) and Saturday and Sunday at the Holland College Centre for Community Engagement over the UKC Blue Devils.

Taylor is studying in the Tourism & Travel Management program at Holland College.

The Hurricanes will now turn their attention towards the ACAA Volleyball Championships being hosted by the Holland Hurricanes in Charlottetown from Friday, February 22 through Sunday, February 24.

The ‘Canes enter the championship as the number two seed; they will take on the highest advancing team from Fridays two quarter-final matches, on Saturday at 2pm at the Holland College Centre for Community Engagement.

Wilton, a third-year dual-athlete for the Hurricanes from Vernon River, PEI, competed at the 2019 ACAA Badminton Championships over the weekend in Sackville, NB.

During Saturday’s ACAA Championships, Wilton went 2-2 in men’s double action alongside partner Craig McAskill, finishing third.  Then, on Sunday, Wilton finished in second place in the men’s singles category, qualifying for the host ACAA-team, competing at the 2019 CCAA National Championships being played in Truro, NS.

Wilton is studying in the Sport & Leisure Management program at Holland College.