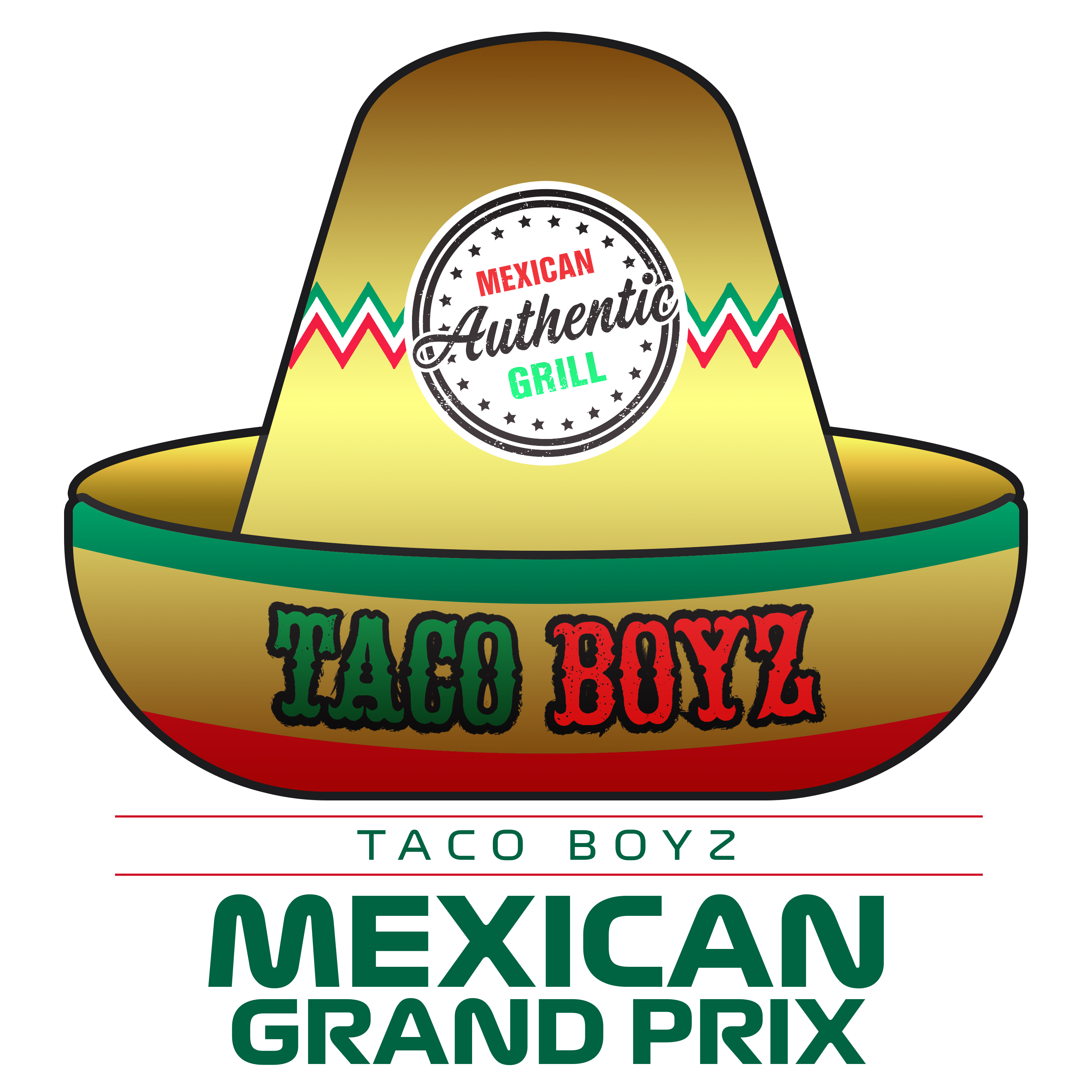 The Canadian eMotorsports Network Formula 1 Series may have its inaugural champion on Thursday night.

The virtual Autodromo Hermanos Rodriguez in Mexico City is home to the Taco Boyz Mexican Grand Prix, the 14th race out of 16 this season.

Coverage begins at 7:30 p.m. EST at Facebook.com/eMotorsportsCAN, with qualifying scheduled to begin at 7:40 p.m. EST, followed immediately afterward by the race itself.

After picking up his eighth victory of the season at last week’s Domino’s Pizza United States Grand Prix, Corbin MacAulay can clinch the drivers’ championship in his Hurricanes eMotorsports Honda this Thursday.

He currently holds a 52-point lead over second-place Darcy Ford in his Ares Racing Ferrari, while Zach Sullivan is third, 70 points back in his North Border Racing Ferrari.

MacAulay would clinch the championship by finishing sixth or better, and ahead of Ford, regardless of the position.

On the constructor side of things, Hurricanes eMotorsports enjoys a 41-point lead over second-place North Border Racing, with Ares Racing a further eight points back in third.

Named for the late Formula 1 drivers Ricardo and Pedro Rodriguez, the Autodromo Hermanos Rodriguez is a shorter circuit, measuring just 4.304 km. However, it presents a number of challenges for the drivers.

The lap begins on the 1.2-km start-finish straightaway, with a hard brake about 100 metres from the opening corner, a 90-degree right-hander where a good exit is crucial to build up speed before navigating the Esses Moises Solana chicane.

From there, it’s on to a medium-length straightaway where the DRS will be open before braking to begin the Ese del Lago left-right chicane, then transitioning into the Horquilla hairpin to complete one of the circuit’s slower sections.

From there, a shorter straightaway leads to more Esses, which are navigated at high speed before drivers come back into the stadium section of the circuit, with the Foro Sol chicane winding its way through what would be the infield section of the oval configuration.

A short section connects Foro Sol to the final turn, a right-hander known as Peraltada taken at high speed before getting back onto the start-finish straight to complete the lap.

Here is a look at the standings entering the Taco Boyz Mexican Grand Prix on Thursday. 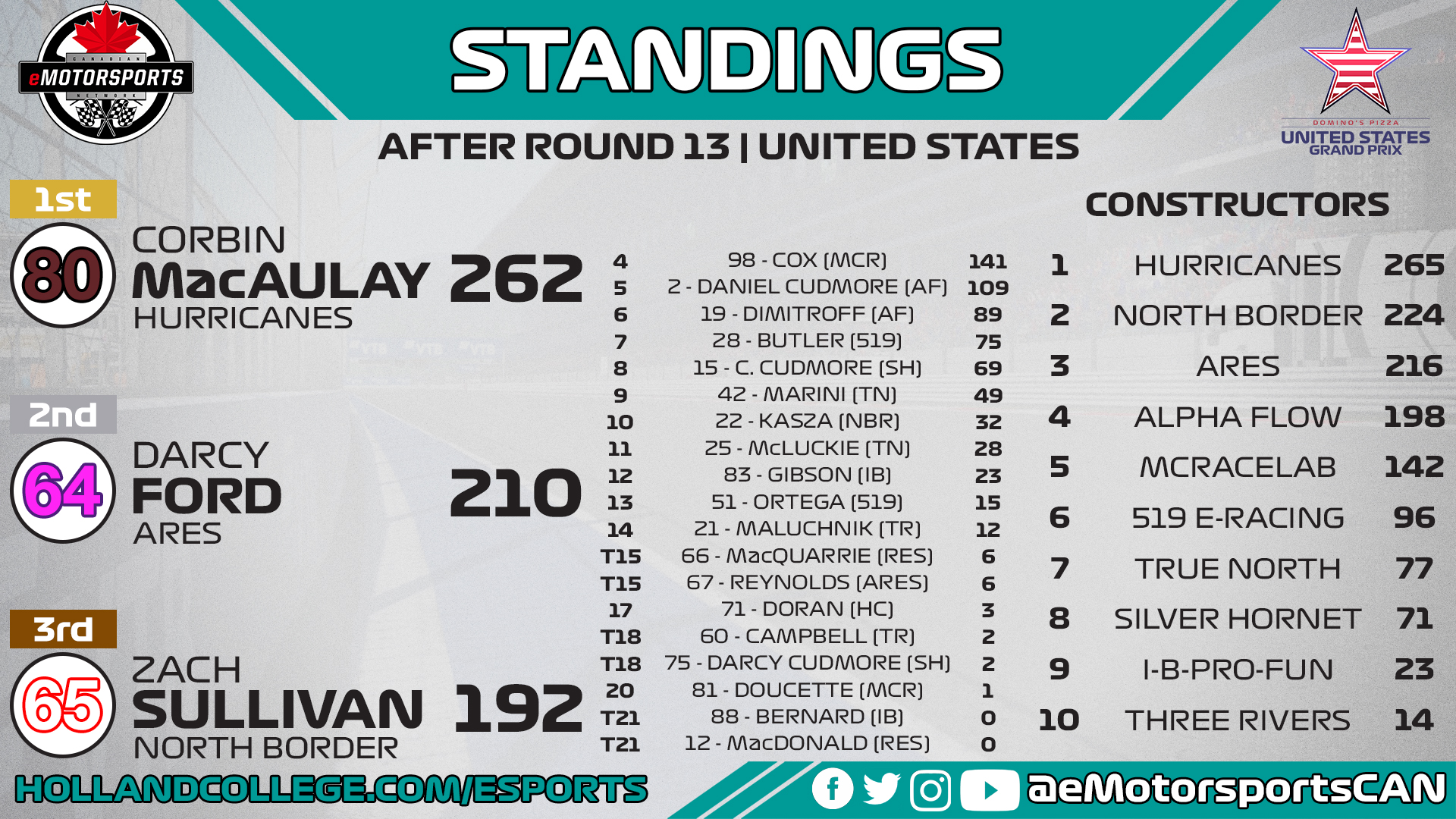 For more information on the Canadian eMotorsports Network, visit hollandcollege.com/esports, and follow across social media @eMotorsportsCAN.