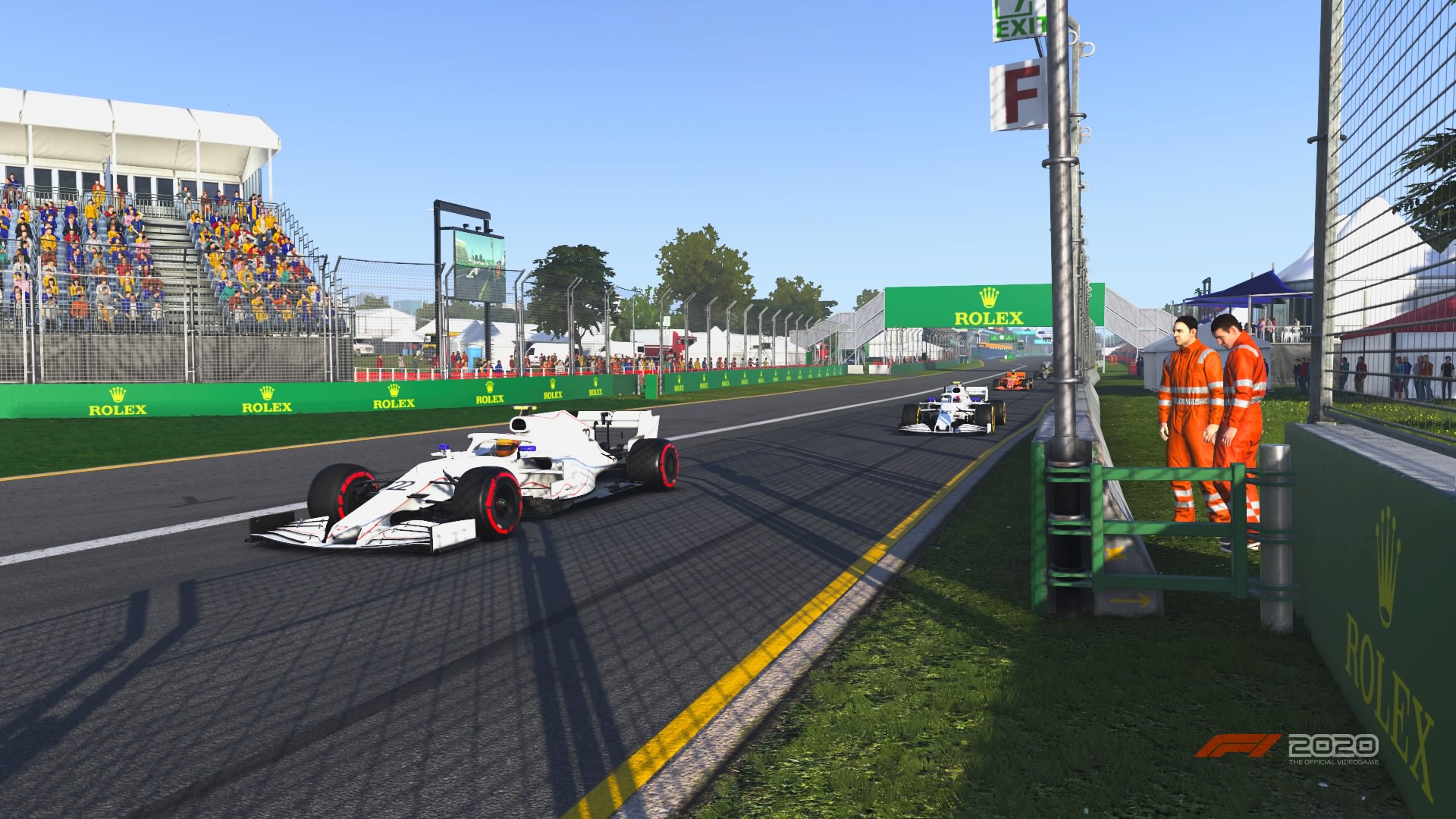 Sullivan ran his number 65 North Border Racing Ferrari toward the front of the pack the entire way, finding an extra bit of speed late to win the Inaugural Grand Prix of the Formula 1 Series at the virtual Albert Park Circuit in Melbourne, Australia.

The victory was part of a banner night for the American as he picked up a bonus point for the fastest lap of the race with a time of 1:26.772, then shared the podium with his North Border teammate, Don Kasza, who put his number 22 car in third, an impressive achievement after qualifying in 12th.

Cody Cudmore swiped pole position from Sullivan in his number 15 Silver Hornet Mercedes after the qualifying timer expired, and he had a good run going until a spin on Lap 23 ended his night.

Sullivan grabbed the lead from Cody Cudmore in the opening few corners, though Cudmore would regain the lead after an early spin from Sullivan.

Strategies changed after Mark Cox crashed his MCRaceLab Honda to trigger a safety car on Lap 5. Sullivan made his lone pit stop of the evening under the safety car, opting to put on medium tyres while making adjustments to ensure he could make them last through the end of the race.

Two more safety cars slowed the middle third of the race considerably, but on Lap 15, Kasza, who was running soft tyres, jumped four cars running hard tyres off a restart to go from sixth to creating a North Border 1-2, which held until Lap 22, when Ford got by Kasza on the Walker Straight into Turn 1.

Lap 22 would prove to be Ford’s fastest lap, as he was within a tenth of a second of catching Sullivan. However, Sullivan would immediately respond with his fastest lap of the race, and he wouldn’t look back from there.

Next up, the series will head to the Circuit de Barcelona-Catalunya for the Centennial Auto Sport & Tire Spanish Grand Prix, which will go next Thursday beginning with the pre-race show at 7:30 p.m. Eastern time.

Here are the official results from the Inaugural Grand Prix in Australia on September 3.