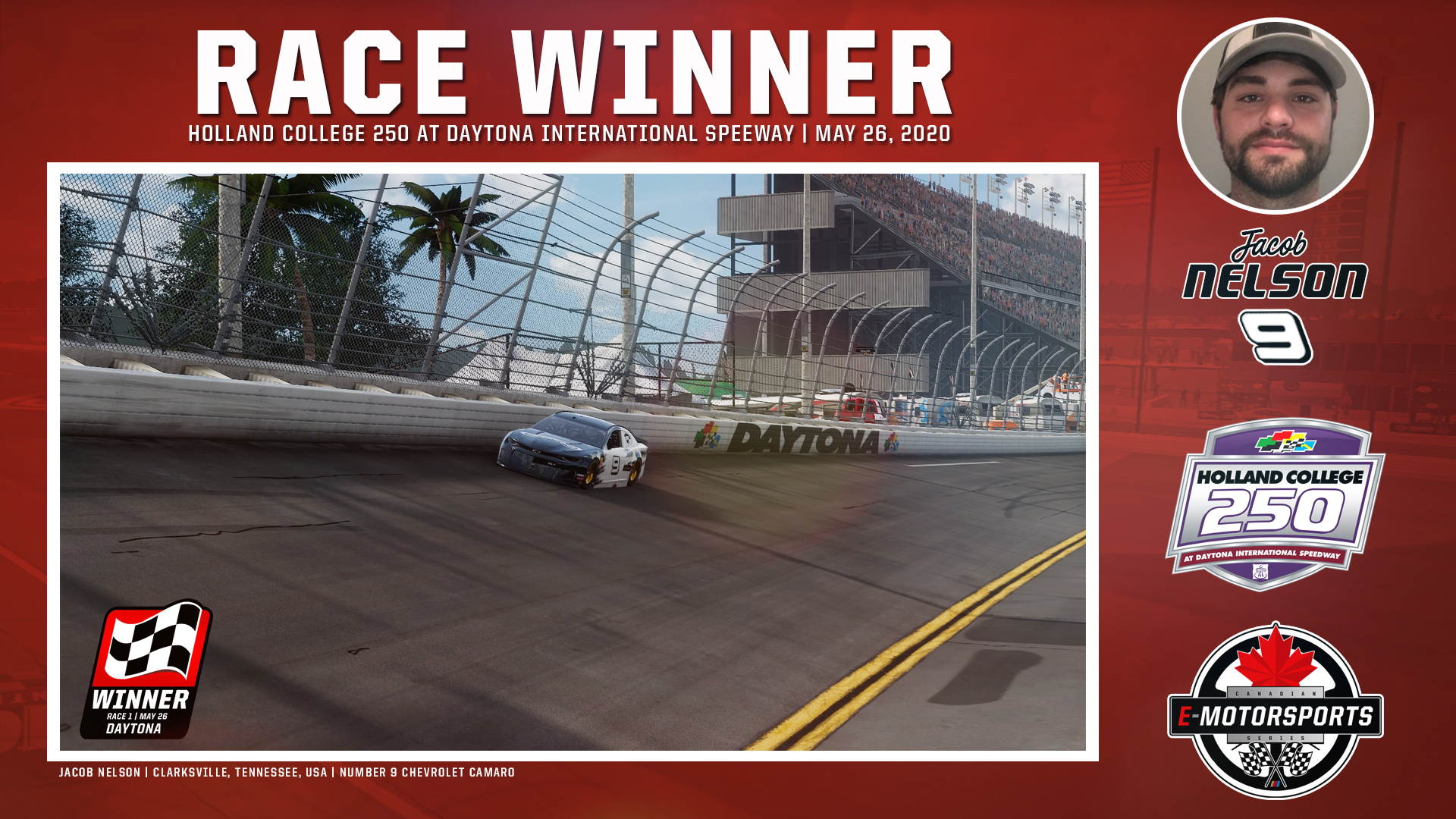 Jacob Nelson, from Clarksville, Tennessee, and driver of the number nine Chevrolet Camaro, outlasted 32 other drivers from across North America to record the victory in a crash-filled 100 lap race around the 2.5-mile speedway.

With the victory, Nelson clinches the first of 16 playoff spots up for grabs as well as adds five playoff points.

The series will now shift its focus to the Cooke Insurance Group 200 next Tuesday, June 2, for the second regular season race of the year on the two-mile speedway.  Watch the race live at www.facebook.com/emotorsportsCAN with the pre-show beginning at 7:45pm eastern.

Pole-sitter, Jacob Nelson, charged ahead once the green flag was thrown to begin the race with the inside line dominating early. A 15-car pack pulled away from the rest of the field before the first caution of the race on lap six.

The field struggled to organize themselves for a lengthy green-flag run with many restarts leading to cautions as frustrations grew during the race.  The preferred line was on the inside as an organized draft was never established on the outside line throughout the race.

With much of the trouble happening at the rear of the field as drivers jostled for position, Nelson was able to hold onto the lead through the first 30 laps of the race before relinquishing it under caution during the first round of pit stops.

As the race came to it’s final laps, Nelson was able to reshuffle to the front of the pack during pit stops under caution.

After a caution on lap 98 sent the race into overtime, Nelson was able to outlast a hard charging Mike Marini (Thunder Bay, Ontario) in his number 42 True North Racin, Toyota Camry, as the race-ending caution was displayed during the final lap of overtime due to a wreck at the rear of the field.

In total there were 24 cautions in the race.

Here are the official results from the Holland College 250 at Daytona International Speedway.

Watch the archived broadcast from The Clash at www.hollandcollege.com/esports.