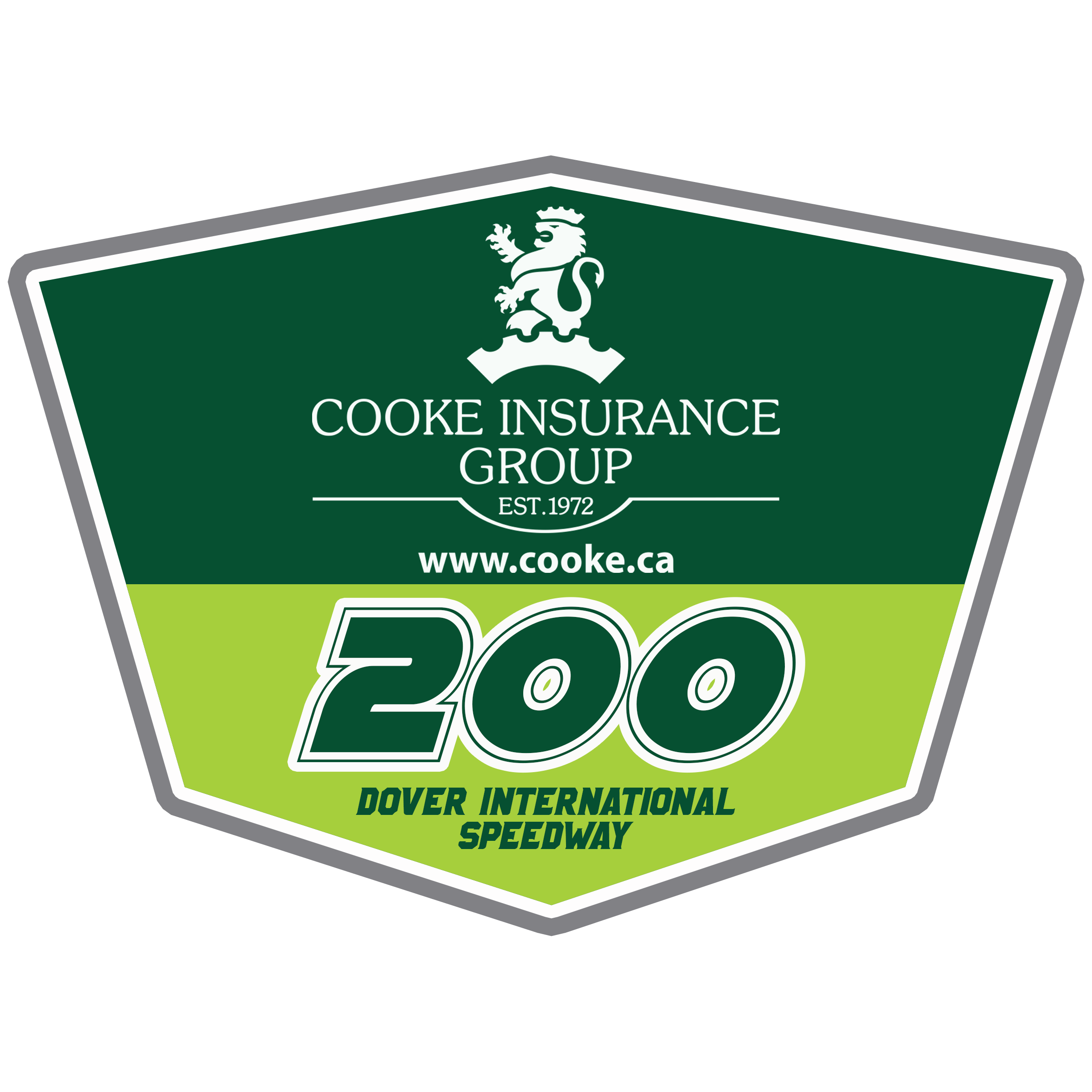 The competitors of the Canadian eMotorsports Network NASCAR Series are set to challenge each other, and the Monster Mile, on Tuesday night for the Cooke Insurance Group 200 at the Dover International Speedway.  This is the fifth of 14 regular seasons races on the calendar.

The race will see 30-drivers complete 200 laps over three stages at the one-mile concrete oval known as one of the toughest of the season for its high speeds, high banking and narrow layout.

Jose Mercado (Florida, USA, Stars and Stripes Racing) outlasted all others in 2020 to claim the victory; he’ll be looking for his first win of the season coming off a 30th place finish last week at the Canadian Tire Motorsport Park when starting from the pole-position, he suffered a DNF (mechanical failure) on the pace lap.

In other news, Darcy Ford was named the Canadian eMotorsports Network NASCAR Series February Driver of the Month.  Ford and his number 64 team accumulated 190 points in the four February races, leading the series standings.  He recorded one win (Holland College 250, Daytona) and an average finish of 3.75.  He started in second twice (Daytona/Canada) and averaged a 3.25 qualifying position.  With his victory at Daytona, he’s accumulated five playoff points to-date.

Here is a look at the driver standings entering the Cooke Insurance Group 200 on Tuesday. 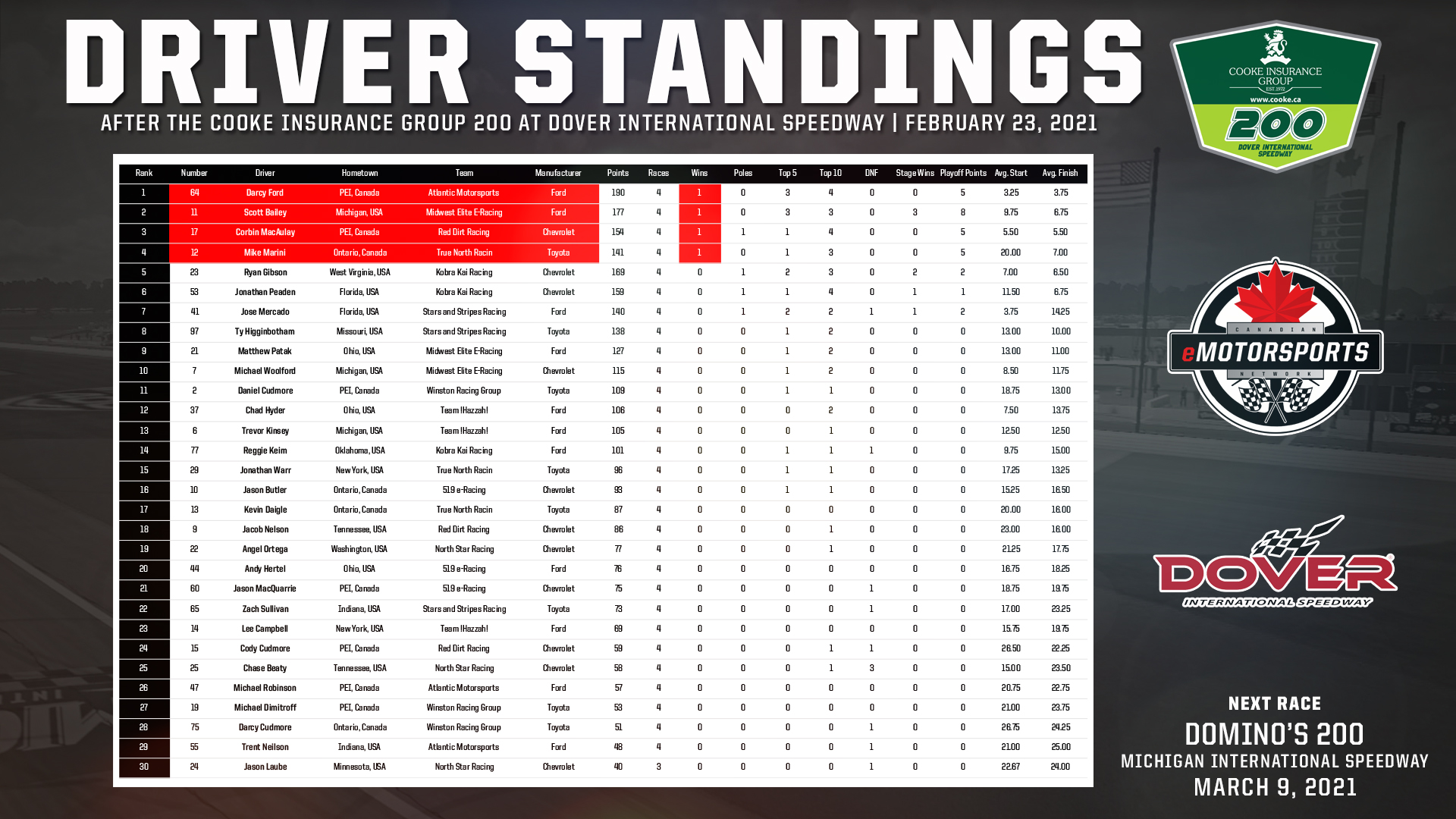 Here are the team standings entering Tuesday’s race at the Dover International Speedway. 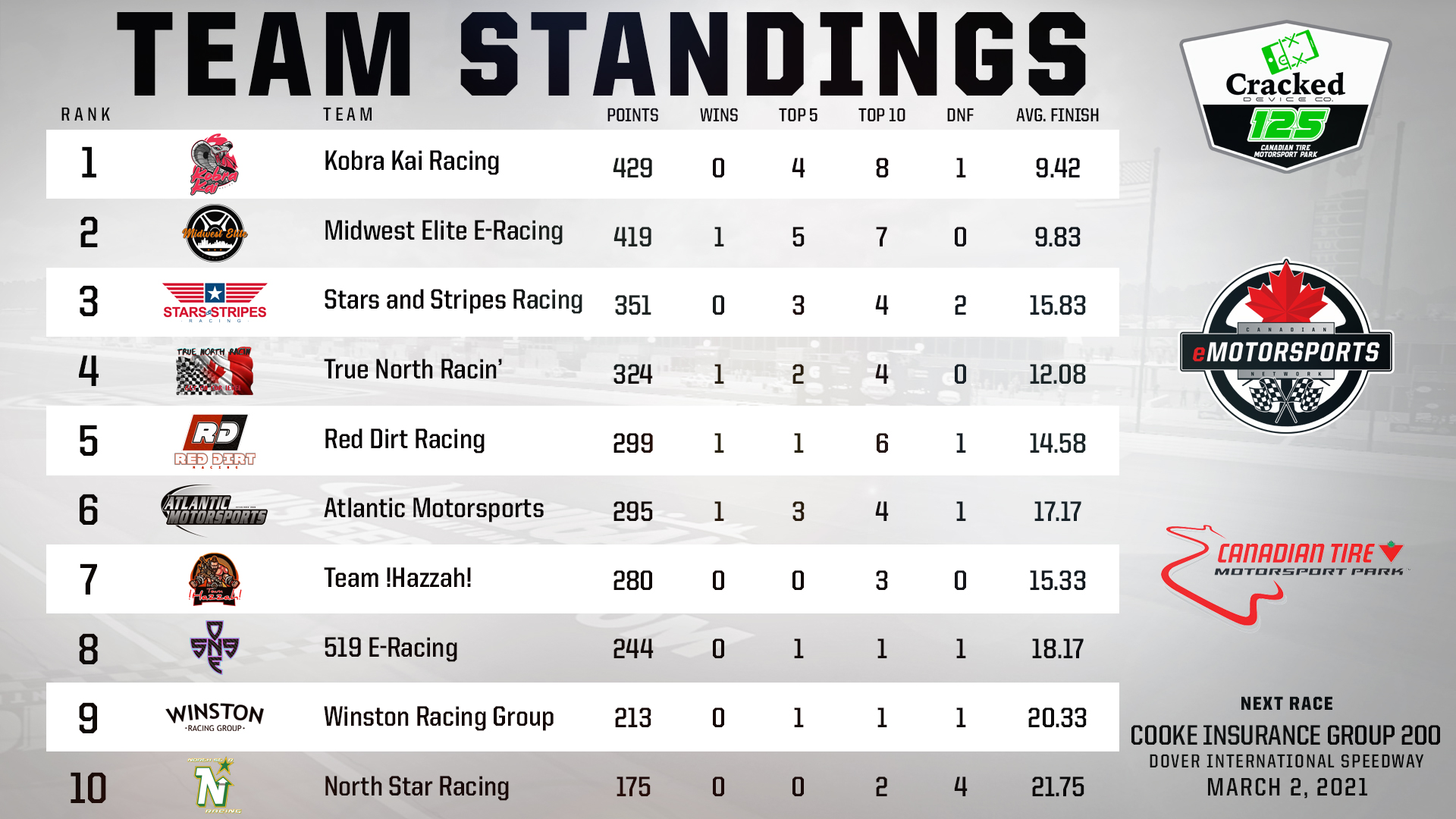